Managing the aftermath of a disciplinary 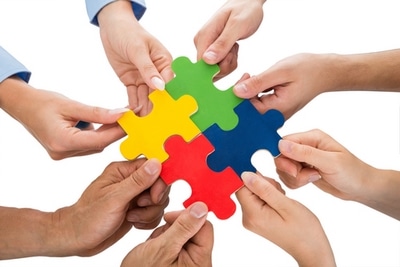 Going through a disciplinary process is always stressful and difficult, for everyone involved including managers, the employee being disciplined, any witnesses to an incident of misconduct and (especially in SMEs) the whole team can often feel the effects.

Once you’ve completed the process it can feel like a relief, but of course it doesn’t end there, because everything doesn’t suddenly go back to- normal’ with good, productive working relationships and everything perfect. There’s still work to do once the formal process is over. Here are the main areas you need to consider when planning how to manage the aftermath of a significant disciplinary procedure in your business.

Your priority after having imposed a disciplinary sanction on an employee is to take steps to ensure the employee’s conduct improves to a satisfactory level in future and that a repeat disciplinary process is avoided. Although clearly the employee can be expected to make improvements themselves, there may be additional support you as the employer could provide to help facilitate this, particularly where the individual has shown a commitment to improvement and a willingness to engage with support offered. Try not to paint the individual in your head as being a troublemaker or poorly-behaved, as this can become a self-fulfilling prophecy.

You may also need to provide support to others involved. If the disciplinary was for conduct affecting others, such as bullying, harassment or other ill-treatment, the process will have been stressful and difficult for them, and they may need assistance and support afterwards.

If the disciplinary arose out of a dispute between colleagues and they are remaining in the workplace, the situation will need managing carefully. Individuals may feel vindicated or hard-done-by, or neither may be happy with the outcome. The employees may have had- supporters’ who took their side, and there is a potential for longer-term dispute or resentment.

Mediation, either formal or more informal, might be useful in terms of moving to a place where a victim of bullying or other unsatisfactory conduct and employee who has been disciplined for the conduct can work productively together without further issues, assuming redeployment isn’t either possible or appropriate.

After a disciplinary process is a good time to reaffirm what acceptable conduct looks like to the whole team. Reiterate any rules or behavioural expectations you may have, and make sure everyone is clear on what the process is if they have concerns.

If the process has involved- sides’ being taken or witnesses having to be prepared to make statements and perhaps be interviewed, it needs to be clear that it is important there are no negative consequences of that for the witnesses.

Good communication is essential after a disciplinary hearing.  Colleagues may well be aware to varying degrees that a disciplinary has taken place and may be aware of some of the details of what happened. Whilst clearly all the gory details of the hearing shouldn’t be shared, and confidentiality should be maintained as far as possible, it will probably be sensible to decide on a suitable low level of detail to share with team members to cut down on gossip, speculation and inaccurate information being shared.

It’s also important to communicate something about what has happened to ensure there is no impression of anything unacceptable being- swept under the carpet’ and not dealt with. It’s vital that staff have confidence in their employer that concerns will be taken seriously, and confidence in the procedures you use. Be clear about your commitment to addressing the issues, and about any actions you are going to take as a result of the process.

If there are victims of the conduct which prompted the disciplinary process, then it would be particularly appropriate to communicate something of the outcome with them, including what steps you plan to take as the employer to ensure it doesn’t happen again.

Once the process is all over, it’s a good idea for you as an employer to reflect on it. Consider why the issue occurred in the first place, and whether there was anything you could have done to avoid it. Were acceptable standards of behaviour not made clear or managed effectively? Were concerns not picked up as soon as they could have been? Were concerns raised by other staff ignored? Are there any systemic or deep-rooted problems within the team or the whole organisation? Is there a culture which is facilitating the behaviour? As well as the actions of an individual, there might be several other factors which contributed and training or other changes needed to avoid a further problem.

Think about the process itself, was it handled as well as it could have been? Appeals against disciplinary action (as well as tribunal claims) are frequent because of a faulty or unfair procedure, rather than the decision to discipline itself being unfair, so even if that didn’t happen this time, make sure you are aware of any aspects of the process which could have been better so that improvements can be made.

If you’d like help or support with any stage of the disciplinary process, do get in touch.

← Companions at disciplinary hearings – our top ten FAQs Is it a grievance? →
Manage Cookie Consent
To provide the best experiences, we use technologies like cookies to store and/or access device information. Consenting to these technologies will allow us to process data such as browsing behaviour or unique IDs on this site. Not consenting or withdrawing consent, may adversely affect certain features and functions.
Manage options Manage services Manage vendors Read more about these purposes
View preferences
{title} {title} {title}