Is it a grievance? 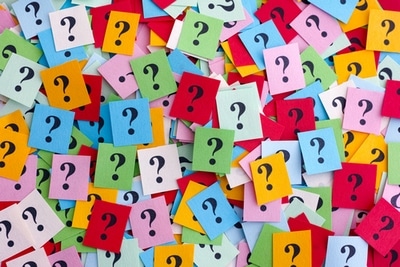 Normally the grievance procedure would be instigated by an employee writing a letter stating that they are raising a formal grievance and setting out details of their concerns.

But sometimes it’s not clear whether something is a grievance or not, and you may be unsure whether to follow your grievance procedure or deal with the issue in a different way.

It’s not actually necessary for someone to specifically state that it is a grievance in order for the grievance procedure to apply, so how do you tell when you should treat the issue as a formal grievance and when you should address it perhaps more informally or through another procedure?

Something which can and should be considered a grievance might come in a variety of formats, including emails, contents of a resignation letter, even a letter from someone’s legal adviser if they have engaged one. Don’t assume that if it’s not a letter specifying grievance that it therefore isn’t one. Your grievance procedure may state that someone should raise a grievance in a formal letter confirming that it is a grievance, but that doesn’t mean it’s ok to disregard one that arrived via a different method.

If the letter or other communication feels like a grievance and is written in such a way as to resemble a grievance letter, you should treat it as such. Think about things like the language used – does it feel quite formal? Does the employee mention having raised the issue previously more informally? If so, that might be an indication that this time the issue should be dealt with using your grievance procedure.

What about the nature of the complaint?

If the complaint is either sufficiently serious in nature or is about a subject which you would normally expect to constitute a grievance, you should treat it as one. For example if someone is making a complaint about bullying, racism, sexual harassment or something similarly serious, that would normally be a grievance.

If you receive notification from an employee that they have been the victim of something this significant, you are under a duty to take it seriously, and should use the grievance procedure. This is partly because the grievance procedure gives the employee a framework for addressing a complaint seriously and gives them rights in terms of being accompanied at meetings, receiving a timely response to their concerns and appealing the outcome if they are not satisfied.

If in doubt, ask!

If you are not sure whether the employee intends the complaint to be a grievance, or if something has been raised informally or verbally which you would ordinarily expect to see in a grievance, you can always ask the employee how they would like the issue handled, and say the grievance procedure is available and you are happy to take their complaint as a grievance if they wish.

This even applies where an employee has resigned – if they have made clear that they are resigning because of something they are unhappy about in their working environment, something which could have been a grievance, it would be sensible to offer them the option of a grievance.

What if they say they don’t want to raise a grievance?

A formal grievance procedure can feel quite intimidating to employees. They may be concerned about the consequences of- rocking the boat’, about possible victimisation from others they are complaining about, or may lack confidence in the process being effective. They also may feel a formal process will be stressful and difficult. Many of these concerns can feel amplified in a small business environment.

If the concern is an issue which doesn’t have to be dealt with as a grievance, and you feel you can address it satisfactorily without a formal process, you should discuss with the employee what you suggest as a course of action. Resolving concerns informally is of course more preferable usually anyway.

But sometimes an employee can be very reluctant to go through a formal process even in a situation where the issue is so serious it really should be dealt with formally (see examples above). In those situations you are best to do what you can to reassure the employee whilst explaining why it is important the situation is dealt with more formally.

Ask what concerns they specifically have about it being a formal grievance, so that you can ensure that as far as possible, these are mitigated or addressed. Sometimes you may find the employee is relieved if you insist on dealing with it formally, as a more informal notification of the problem may have been a- cry for help’, and as long as you reassure them as to their specific concerns, and do what you can to make the process as stress-free as possible, they will normally cooperate.

If you have a grievance issue and you need some advice, do get in touch.

← Managing the aftermath of a disciplinary Following a reasonable grievance procedure in your small business →
Manage Cookie Consent
To provide the best experiences, we use technologies like cookies to store and/or access device information. Consenting to these technologies will allow us to process data such as browsing behaviour or unique IDs on this site. Not consenting or withdrawing consent, may adversely affect certain features and functions.
Manage options Manage services Manage vendors Read more about these purposes
View preferences
{title} {title} {title}