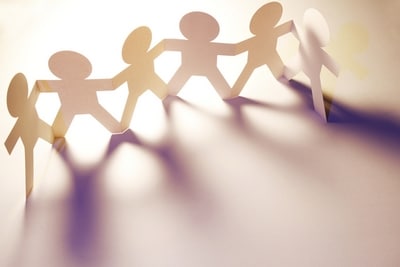 Most business owners and managers know that workers subject to disciplinary procedures are entitled to bring someone with them, but there is often confusion as to who can attend and what their role actually is.

With that in mind, here are our top ten frequently asked questions about companions at disciplinary hearings:

What disciplinary meetings can workers bring their companion to?

Who are they entitled to bring?

The statutory right entitles workers to bring either a colleague, or a certified trade union official.

We don’t recognise unions at our workplace, does that means employees can only bring a colleague?

Not at all. Employees are entitled to be a member of a union whether their employer officially recognises unions or not, so if they are a member of a union, or even have a contact who is a union official who is prepared to accompany them, you should allow that, as long as the trade union official is properly certified to perform this role. Realistically, in most workplaces where unions are not recognised, employees are unlikely to be accompanied by a trade union official.

If the worker’s chosen companion is not available, do we have to postpone the hearing or can we carry on?

You should postpone if it is reasonable to do so, which means if for example the companion is unavailable the day in question but would be a couple of days later, you should do so, or if the companion is on holiday for a week but back the following week, you should do so. If the chosen companion is away for a more significant period of time or several postponements are requested because of availability problems, it would usually be fine to proceed with the hearing, or insist on an alternative companion being chosen.

I am not happy with the colleague the worker wants to bring, can I reject their selection?

A worker’s request to bring someone must be” reasonable”. This means that you could reject selected companions if (for example) you feel they would prejudice the hearing, perhaps because they were involved in the incident, or if they were based a long way away and there were plenty of options more locally. Other than that, you have no say in who the companion is.

My worker wants to bring their partner or family member; do I need to allow this?

No, and in most cases it’s not a good idea to do this. Friends and family members are often unhelpful to the employee as they are emotionally involved, often angry on behalf of the employee and can be very disruptive. In some circumstances, where it is clear there is realistically no one else the employee could bring, and if the situation isn’t particularly emotionally charged and is a straightforward disciplinary at which you don’t expect arguments or tensions, you may feel allowing a family member or friend might be acceptable, but there is no requirement to do so.

Do people who are asked to be companions have to do it if they don’t want to?

Not at all, and you shouldn’t allow any pressure to be placed upon them. Sometimes colleagues do feel reluctant to “get involved” and may feel uncomfortable at the prospect of attending a formal hearing environment, or may even agree with the disciplinary action. If they don’t want to perform the role that is absolutely their choice.

Do I have to pay companions when they are at the hearing not working?

Yes, companions who are fellow employees are entitled to paid time off for the role, so they should certainly be paid when they are attending the hearing.

What can companions say in the hearing?

Companions are allowed to address the hearing on the worker’s behalf (as long as the worker wants them to), and can put forward a response to a view expressed during the meeting, but cannot answer questions asked of the worker, or do anything to prevent the employer putting forward their case.

The worker wants the companion to take notes, is this ok?

Yes, and it’s a useful function. You should ensure you have your own notes, ideally taken by a third party not by the person conducting the hearing, but it’s fine for the worker’s companion to take their own notes. After the hearing, you should issue the notes to the worker and you may find he or she wants changes or additions to be made based on the notes the companion has taken. As long as these accurately reflect the discussion, you should allow amendments.

If you would like more advice regarding disciplinary hearings, do get in touch.

← Our guide to disciplinary investigations in small organisations Managing the aftermath of a disciplinary →
Manage Cookie Consent
To provide the best experiences, we use technologies like cookies to store and/or access device information. Consenting to these technologies will allow us to process data such as browsing behaviour or unique IDs on this site. Not consenting or withdrawing consent, may adversely affect certain features and functions.
Manage options Manage services Manage vendors Read more about these purposes
View preferences
{title} {title} {title}