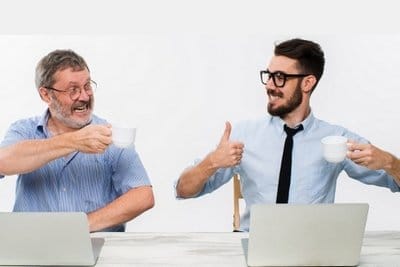 Before the default retirement age was abolished, employers could either use retirement as an excuse to dismiss underperforming employees, or could avoid addressing performance concerns in older employees on the grounds that they would be retiring soon anyway.

Now that neither of those are an option, it means that employers need to proactively address issues with performance in older workers. Here are five tips for doing so:

Other than in a small number of specific jobs, mainly physical, there isn’t any evidence showing performance declines after what used to be normal retirement age. So don’t assume it will be a problem. Someone who has been performing well at their role for a number of years should continue to do so, barring health issues.

2.  Don’t assume change or development will be resisted

Sometimes people assume that older workers will be resistant to, say, the introduction of new technology in the workplace, or will be reluctant to accept training in new methods, processes or skills as their job changes. In fact these things can be a factor with employees of all ages, and is mainly dependent on personal attitude as well as good communication and effective support from the employer.

Addressing any concerns about performance promptly is always important. The cause of the problem is more likely to be quickly identified and easily dealt with, and with minimum fuss if issues are raised immediately. Unfortunately, with older workers, although compulsory retirement isn’t now available, some employers still hold off raising performance concerns with older workers approaching what would normally be retirement age, often partly with a sense of allowing them to keep their dignity.

Whilst trying to avoid dragging long-serving employees through a difficult capability process is of course admirable, having to do so because concerns have been left too long isn’t nearly as dignified as raising issues when they are minor, in a constructive, supportive and tactful way.

Doing the employee the courtesy of being honest with them and allowing them to contribute in the best way they can, with the support they need, is dignified whatever their age.

4.  Be sure you’re not discriminating

If you do have to address performance concerns, and perhaps ultimately dismiss an older employee for capability reasons, be absolutely certain you are not making different decisions because of their age. Don’t be tempted to move perhaps slightly quicker towards dismissal with an employee of 68 than you would with a 32 year old. Don’t be tempted to assume they won’t improve, or aren’t worth training because of their age, or won’t respond to training.

As with any capability-related dismissal, as well as being able to justify dismissal on the grounds of capability, you need to make sure you follow a fair procedure. This means making sure that concerns have been documented and raised in a timely manner, that the employee has been given plenty of opportunity to address concerns, and that appropriate support or training has been offered before moving towards dismissal.

Employees must be allowed to be accompanied by a colleague or trade union official at any hearings at which a dismissal or formal warning is a possibility, and must also be allowed to appeal any formal warning or dismissal decision.
If would like more information or assistance on dealing with capability in older workers, do get in touch.