Succession planning with no retirement age 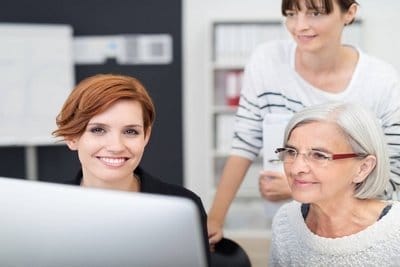 Assuming you can’t justify having a compulsory retirement age in your business, the absence of one could make succession planning more challenging for you. You can’t assume employees will retire at, say, 65, so can no longer be sure about when vacancies will arise and where they will arise.

However, just because you can’t assume employees will retire, or retire them compulsorily doesn’t mean succession planning is impossible. Not being able to force someone to retire at a certain age doesn’t mean you can’t talk to them about retirement and about their plans, and involve them in discussions about workforce planning. It’s all about how you do it.

Lots of small businesses don’t do a lot in the way of succession planning but actually it’s a really good idea. Even if you don’t know exactly when someone will be retiring, you’ll have an idea that it’s becoming likely at some point fairly soon, and can think about the implications for the business.

Perhaps the employee has been with you a long time, and has a lot in the way of skills, experience and in-depth knowledge of the business. That’s useful stuff and you need to plan how you are going to harness it and then manage without it.

You can start thinking about whether there is anyone currently within the business who might be able to step up and replace them when they do retire, even if you don’t know exactly when that will be. If you can identify someone, you can then also identify if they have skills gaps or training/mentoring needs so that when the moment arrives, transition can be smooth.

The employee might want to reduce his or her hours as retirement approaches, or adjust/reduce responsibilities. This can be really useful in supporting a successful transition.

So talking to your employee approaching retirement age can be enormously valuable, as long as you do it in the right way. You can’t force them to retire, you can’t force them to reduce their hours, but you can ask them about their plans, about their thoughts about when they might like to retire, in an open, non-pressure discussion. If they haven’t thought about it, then that’s fine – you’ve planted a seed and can explore it again at a future date.

If they have thought about it but don’t want to discuss it with you, you do have a problem. These types of open discussion can only take place where there is an atmosphere of trust, for example the employee feels confident they are not being pressured, coerced or influenced, and that the employer is thinking about future planning generally, rather than trying to get rid of them.

If you don’t think you are in a position to conduct that type of discussion in a trusting, supportive and constructive way, you should seek to address that issue before attempting to ask about retirement plans.
If would like some assistance or advice on how to start that dialogue with your employee, do get in touch.