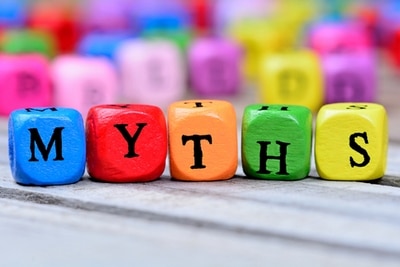 As with many aspects of employment, there are myths about contracts of employment which persist, and which it can be dangerous for any employer to believe. Here are three of the common misconceptions we hear about employment contracts, together with useful information about the reality.

This is the biggest one. Sometimes the employer just hasn’t issued a contract, either deliberately or in error, so there is no written document in place, leading to the belief that there is no contract between the parties. But once an offer of employment has been made and the person has started working, there is still a contract.

When the employee then continues to turn up at the workplace and do the job they are employed to do, and has been paid, and has been subject to any rules or procedures the employer has in place, that contract is further cemented. There are also various statutory entitlements that apply whether or not they are put in writing.

The contract is therefore in place, the only difference is the terms are not written down, making a dispute both more likely and also more difficult to handle.

2.     If a contract hasn’t been signed the terms don’t apply

This is also a common misconception, which we hear sometimes from an employer who either doesn’t want to be bound by one of the terms in the contract, or who has an employee claiming (for example) that a contractual notice period doesn’t apply as they never signed the contract with the relevant clause in it.

However, for the terms and conditions to be enforceable by either party to a contract of employment, it is not necessary for an employee to have physically signed it. If the employee has been issued the contract, has not made clear any objection to the terms contained within it, has continued to come to work and perform other terms and conditions involved in the employment such as working hours, then the contract he/she has been issued will be applicable.

The employee will be deemed to have accepted the terms he/she has been issued and therefore can be held to them, and likewise if an employer would like to avoid being held to one of the terms within it, it is not possible to do so on the basis the employee never signed the contract in the first place.

Obviously seeking a physical signature or at least some proof that the contract has been received/accepted is sensible, but if for whatever reason this didn’t happen, that doesn’t mean the terms and conditions within it are not enforceable.

3.     An employer can vary terms and conditions just by giving notice

Obviously sometimes employers find themselves wanting to change elements of a contract of employment. It might be practical, logistical factors such as working hours, or it might be a generous contractual benefit they either can no longer afford, or would like to withdraw for other reasons. Many people still believe that it is possible for an employer to vary the terms and conditions of employment simply by giving sufficient notice, but it’s not that easy.

How difficult it is to vary terms and conditions of employment, and what procedure would be involved depends on a number of factors. If someone has been with you less than two years it is usually easier, as, if necessary, you could normally terminate their employment with sufficient notice and offer them employment on the new terms.

It is also more straightforward to change terms and conditions if you have a clause in the contract permitting you to do so, but even then it depends on what you are trying to vary and how reasonable the clause is in the circumstances.

For example, if you have a low-paid administrative assistant in your business, and there is a clause in their contract allowing you to vary the location they work at, that doesn’t mean you can up sticks and force them to move three hundred miles. That wouldn’t be considered reasonable for that type of role. On the other hand it might enable you to move their workplace to the other side of town without it being a major problem.

Without a (reasonable, enforceable) contractual right to vary terms, you generally need the agreement of the employee to do so. If there is a genuine business need for the change, you may be able to force it through after a process of seeking agreement, consulting staff, and considering alternatives.

But if there’s not a strong business need for the change, and you aren’t prepared to compensate staff in return for their agreement, you’ll probably find it’s not worth bothering and should instead use your preferred terms for new staff as they enter the business, so that as longer-serving staff leave, gradually the new terms apply to all your team consistently.

If you want any further advice about contracts for your business, do get in touch.

← Contract of employment – what should you include? Most common problems with employment contracts →
Manage Cookie Consent
To provide the best experiences, we use technologies like cookies to store and/or access device information. Consenting to these technologies will allow us to process data such as browsing behaviour or unique IDs on this site. Not consenting or withdrawing consent, may adversely affect certain features and functions.
Manage options Manage services Manage vendors Read more about these purposes
View preferences
{title} {title} {title}