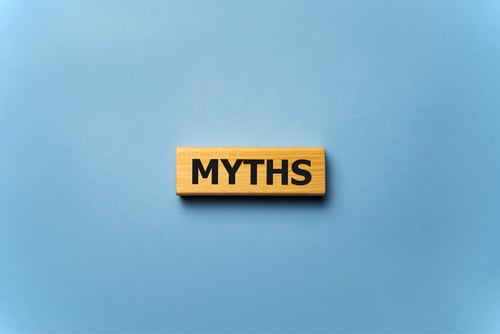 Discrimination on the basis of age has been unlawful for years now but there’s no doubt it still doesn’t have the same taboo as discrimination against other protected groups does.

Only a couple of years ago one of our consultants was asked by a client whether it was ok to specify a requirement for younger workers in a job ad, because the client felt there wasn’t a sufficient age balance in the team in question and the team was as a result getting ‘staid’. It’s difficult to imagine a client even thinking it might be acceptable to specify in a job ad that candidates must be male, or black, because the ‘balance’ of sex or ethnicity wasn’t right, but clearly this client thought doing it on the basis of age was ok.

One of the reasons age discrimination isn’t yet perceived as negatively as other types of discrimination may be because many people still believe the variety of myths about older workers connected to their value in the workplace.

So here are six myths we’ve heard about older workers, and the reality:

Reality: If you’re recruiting for a role you should be setting the salary based on things like market rate, skills and experience required. If an older worker applies for the role, they will know the salary and there will be no reason to pay them more than you would younger applicants. Of course they may bring a lot of experience to the role and you may decide in the course of negotiation that you will pay a higher salary than perhaps you were anticipating. But it’s the experience and other value they’re bringing that is commanding the higher salary, not their age.

If you’re looking at your current salary bill and thinking that your older workers currently in post are more expensive, again, it won’t be their age that is the reason for that. As a SME you probably base pay rises on a combination of organisational and individual performance. If an older worker is earning more, it is probably because they have been with you a long time and have performed consistently well. Which is worth rewarding isn’t it? And if you are giving pay rises just because someone has clocked up another year with you rather than because the business and/or them individually has performed well, that makes little business sense.

2. Myth: Older workers don’t learn as quickly or as well as younger workers

Reality: This isn’t true at all, and it’s fairly well-known now that the fastest growing group of Internet users is over age 50. As long as you take into consideration the different learning styles of your employees, older workers can learn just as quickly as younger workers, and taking the time to understand the ways of learning which work best for your workforce benefits everyone.

Reality: There are many factors which determine how productive a person is. Some of it is a character trait – some people just are naturally more productive than others – while some of the equation is based around situational factors such as job satisfaction and the workplace environment. People don’t become less productive because they are getting older. As long as people take care of their health (and their employer takes steps to do the same), productive people will remain productive.

4. Myth: Older workers aren’t as creative or as innovative as younger workers

Reality: There has been research on this, and it consistently shows that the most innovative workforces have a diverse age range and include a healthy level of accumulated knowledge and experience, as is most frequently provided by older workers.

Reality: Again there is plenty of evidence to the contrary and plenty of examples of organisations who recruit older workers and find that they are in fact more committed, less likely to throw a ‘sickie’ and a decline in short term absence rates is the result.

6. Myth: Older workers are too resistant to change

Reality: Some employers fear that older workers will be very resistant to changes in work practices or procedures. In fact some people are naturally conservative and worried by change and others are not, plus there are a variety of situational factors impacting how receptive people are to change in the workplace.

If change is explained and communicated well, there is no reason to think your older workers will be any more problematic due to their age.

Older workers can bring a huge amount of useful experience to your business, so you shouldn’t fear a higher average age among your workforce. If you’d like help with recruiting, and in particular older workers, do get in touch.

Back to NEws
PrevPreviousNo one can refer you if they don’t know what you do
NextOpenness, transparency and trustNext