Could you be discriminating against younger workers? 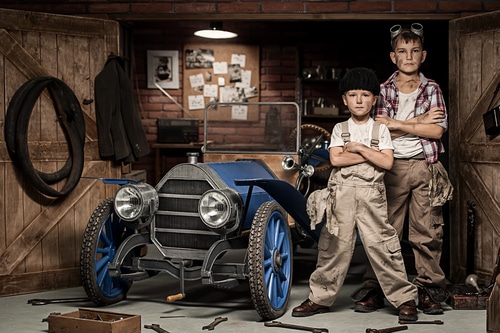 Could this be you? Here are some common workplace scenarios which could be taking place in your business and putting you at risk of a claim of age discrimination from a younger worker.

Do people in your business use age-related stereotypes when talking to or referring to your younger members of staff? Terms like ‘wet behind the ears’, ‘kids’, ‘youngsters’ or any term which stereotypes people based on youth can leave your business vulnerable and has proved costly at tribunals.

Do your managers have a tendency to put a minimum number of years’ experience required on person specifications and job adverts?  This could leave you vulnerable to a claim, as younger workers are less likely to be in a position to meet the requirement.

Instead, consider what it is you expect someone to have achieved in that time; what skills you expect them to have acquired, and say that instead. It’s better practice, leaves you less vulnerable and also opens up a whole field of candidates who have been doing the job fewer years but have been promoted quickly because of their talent and competence, rather than having done the job for donkeys years adequately.

“Last in first out”

It’s not used as much any more but might you consider using last in first out as a criteria for redundancy selection? Lots of people still see this as being inherently fair, but of course younger workers are more likely to score lower on this criteria.

Plus it doesn’t make business sense, and the current best practice of selecting based largely on skills and performance in the job has the result of ensuring the highest performing, most valuable employees are retained in a redundancy situation, which can only be a good thing.

The rates of National Minimum Wage are lower for younger workers so some employers may consider dismissing a worker as he/she approaches a relevant birthday in order to avoid having to give a pay rise. This would be unlawful discrimination and would therefore leave you vulnerable to a claim even if the worker had only been with you a short time.

In some workplaces there is a tendency to treat younger workers with a bit less respect as compared to older workers – there can be an ingrained sense of treating older people better as being the ‘right’ thing to do. But if the result is that you have workers of different age groups being treated different, you are vulnerable. The answer of course is that everyone should be treated with exactly the same courtesy and respect regardless of their age.

If you think any of these things might be happening in your business it’s time to do something about it before you end up in hot water. If you want some advice about avoiding age discrimination do get in touch.