Investigating a grievance in a small business – some key questions 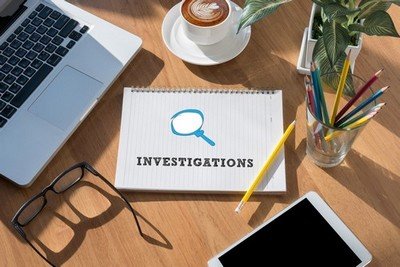 Why do I need to ‘investigate’?

The idea of conducting an ‘investigation’ sounds very formal, and in a small business where a formal grievance can have a significant negative impact on the team, it can be tempting to skip it and rush straight to a hearing and a decision. As a manager hearing the grievance, in a small business you probably know (or think you know) all about the issue already. But conducting an investigation is an important first step in addressing a concern an employee has raised.

Doing it properly will ensure that you have all the information you need to make a fair decision. It will also indicate to the employee concerned that you are taking their grievance seriously, not just ‘going through the motions’, and if the worst happens and you end up with a legal claim, it will prove useful in demonstrating that you have acted reasonably and fairly throughout the process and will help indicate that you have made reasonable attempts to address whatever the issue is.

Who should conduct the investigation?

Often an investigation is conducted by someone else and then the evidence/a recommendation presented to the manager who will be hearing the grievance for their consideration. In reality the investigation and grievance hearing are likely to be conducted by the same person in a small business. This is not ideal but as long as the manager can remain objective during the investigation, this is acceptable where an alternative manager who has not been involved/does not have prior knowledge of the issue is not available.

The other option you could consider is bringing in an external third party to conduct the investigation, and this is likely to be well-worth considering especially when the grievance is particularly serious or represents some considerable legal risk for the business.

It will depend on the nature of the grievance. You might need to speak to witnesses of an incident or incidents. You may need to look at documentation or other physical evidence, CCTV records or other information. Before starting the investigation one of the key steps will be considering and planning what evidence you will need to look at/hear about in order to get a full and accurate picture of the issue in question.

It’s important to conduct an investigation in a timely manner. Witness accounts of incidents will be fresher, other records you need to look at will be current and more easily available, and obviously for the employee concerned (and colleagues as well), the sooner the process can move ahead the better. You also need to ensure you communicate with the employee who has raised the concern about likely timescales, including updating them if these need to change. Being kept informed about what’s going on is key in reducing the impact of an already-stressful situation.

Do I need to keep everything confidential?

What do I do with the information?

A proper investigation should enable you to fairly consider a grievance and make a decision about next steps. You should ensure the information and evidence obtained in the investigation are available to the employee raising the grievance, and should be able to demonstrate that information obtained has been properly considered.

If you’d like some advice on investigating grievances in your small business or would like one of our consultants to conduct an impartial investigation for you, do get in touch.

← Health and safety basics in your small business Grievances in small businesses – trends we’ve noticed →
Manage Cookie Consent
To provide the best experiences, we use technologies like cookies to store and/or access device information. Consenting to these technologies will allow us to process data such as browsing behaviour or unique IDs on this site. Not consenting or withdrawing consent, may adversely affect certain features and functions.
Manage options Manage services Manage vendors Read more about these purposes
View preferences
{title} {title} {title}