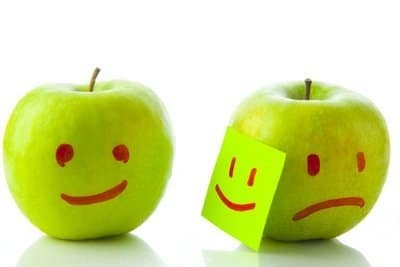 A grievance in a small business can be a devastating and worrying event, more so because in many small businesses they are rare. We’ve dealt with many grievances for clients and have noticed several trends in how grievances manifest themselves in small businesses. Being aware of these trends can be helpful in ensuring you deal with grievances effectively when they come.

Teams in small businesses tend to be smaller, and often closer. Relationships can feel more personal, and this includes with managers/business owners. We often see situations where business owners know/have involvement with employees’ families and know more about their personal lives than in bigger organisations.

This can be a great, supportive, friendly environment to work in, but it can also have its problems. Among those problems can be a reluctance to raise a grievance about a concern at work. Employees can feel guilty about doing this, about the impact on the team, and may not want to disrupt a relationship with the business owner/manager which feels very personal and may be long-standing.

The impact of this is that when an employee does raise a grievance in a small business, it can often be a serious one, a ‘last resort’. The employee may be right at the end of their tether, possibly contemplating leaving, or bringing a legal claim, and may have been advised that they need to ‘tick the box’ of raising a grievance before doing so. Employees sometimes would rather just leave than raise a formal grievance in an environment like that, as it feels a very ‘big deal’ – more so than in a bigger organisation where grievances are more commonplace.

One of the reasons employees wait longer to raise grievances in small businesses is awareness of the impact of a formal grievance process on the rest of their team. A grievance can and is likely to completely dominate a team’s activities for the duration of the process and for some time afterwards as well. Everyone will be aware of the issue and will probably have an opinion on it. It will dominate conversation and the stress of the situation will permeate the whole team not just those directly involved. Many small businesses operate out of one office all together, so this will apply to the whole business. Productivity and motivation may be impacted.

Similarly, keeping details (or even the existence) of a grievance confidential is always going to be more challenging in a small business. Most people will either be involved in the situation, will have observed it or heard about it. Witnesses are not likely to be able to remain anonymous which may increase reluctance for them to come forward, making investigations more difficult.

Managers in small businesses are frequently less experienced than in larger businesses, where managers often have bigger teams. Grievances are less common so it is entirely possible that a manager dealing with a grievance in a small business will not have done so before, and may not have had experience of involvement with grievances in any other capacity either. They may need more guidance on what procedure to use and on appropriate ways of handling the situation.

Similarly, a small business is less likely to have internal HR expertise to provide guidance, so if you don’t already have an external HR consultant at your disposal, a grievance might be a good opportunity to find one.

An essentially, legally-required part of any grievance process is the ability for the employee to appeal the outcome. Of course, normally, the appeal would be heard by another (typically more senior) manager, who has not previously been involved in the situation.

Both of those requirements are likely to be difficult to meet in a small business. Sometimes a grievance can be heard by the line manager and then an appeal heard by a director/business owner. But as grievances are often against line managers, that option is already removed.

The good news is you are not expected to ‘magic’ up layers of management that don’t exist. Take reasonable steps to get the grievance heard by a manager not previously involved, and to hold back someone suitable as an option to hear an appeal if necessary. As long as you have done what you can to preserve the principle of an appeal and to allow the process, that will be sufficient.

6.  More likely to result in employment coming to an end

Relationships can be more irreparably damaged (sometimes because they were closer in the first place) by both the issues involved and by the process, and options like redeploying employees to other teams in the event of bullying or a breakdown in relationships are not usually available.

If you have received a grievance and you’d like some advice on dealing with it effectively, get in touch.

← Investigating a grievance in a small business – some key questions Avoiding grievances in a small business →
Manage Cookie Consent
To provide the best experiences, we use technologies like cookies to store and/or access device information. Consenting to these technologies will allow us to process data such as browsing behaviour or unique IDs on this site. Not consenting or withdrawing consent, may adversely affect certain features and functions.
Manage options Manage services Manage vendors Read more about these purposes
View preferences
{title} {title} {title}