The impact of Brexit on employment law 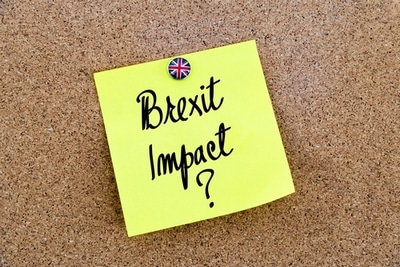 One of the issues many business owners are wondering about in respect of the UK’s exit from the European Union is what impact it will have on the employment legislation and case law they currently have to abide by. Much of this comes from the EU, but what impact will withdrawal actually have.

Legislation past and future

The immediate impact of EU legislation will actually be very limited, for two reasons. The European Union (Withdrawal) Bill, which is widely known as the Repeal Bill, will have the effect of converting existing EU into domestic law. In addition, although much of UK employment law originates from EU Directives, those Directives are implemented here by regulations or by Acts of Parliament, so are enshrined in domestic legislation in their own right.

The question therefore becomes whether future EU Directives will apply to the UK. As a non-member, they won’t automatically, however this is still uncertain, as, depending on the details of the deal currently being negotiated with the EU in respect of the UK’s exit, there is a possibility that the UK may be required to implement some aspects of EU legislation as a condition of a trade deal.

As well as EU Directives, there are many areas of UK employment law which have been significantly affected by judgments made in the European Court of Justice (ECJ), both in respect of cases originally brought in the UK but also decisions made about disputes in other EU countries.

Once the Repeal Bill comes into effect, decisions made after that date in respect of how EU law must be interpreted will no longer be binding on the UK. But UK courts will still be required to interpret laws originating from EU Directives in line with ECJ decisions made before the exit date. This means how relevant laws must be interpreted in the rest of the EU may differ from how they are dealt with in the UK.

The exit from the EU means that UK employment disputes will- finish’ at the Supreme Court as being the highest possible level of appeal.

Of course the fact that the Repeal Bill will transfer current EU law into domestic law doesn’t mean it can’t then be changed, if doing so would not conflict with a trade deal requirement. The starting point is that every EU law comes over, but a government present or future could take action to remove or change legislation.

This means the stance of relevant political parties on workers’ rights becomes more relevant during election campaigns, as an elected government will have much more of a free rein to put into effect commitments on employment regulations outlined in a manifesto. That could even mean more- back and forth’ as different parties with different priorities and principles when it comes to workers’ right/business protection come in and out of power.

It is reassuring in a way to know that there won’t be any immediate significant upheaval, so no dramatic need to change contracts or policies. But it will be interesting to see how things develop and to what extent UK and EU employment law diverge after Brexit has taken place.

If you would like more advice on the impact of Brexit do get in touch.

← Christmas and other religions in the workplace Assessing the impact of Brexit immigration changes on your workforce →
Manage Cookie Consent
To provide the best experiences, we use technologies like cookies to store and/or access device information. Consenting to these technologies will allow us to process data such as browsing behaviour or unique IDs on this site. Not consenting or withdrawing consent, may adversely affect certain features and functions.
Manage options Manage services Manage vendors Read more about these purposes
View preferences
{title} {title} {title}