All about maternity pay 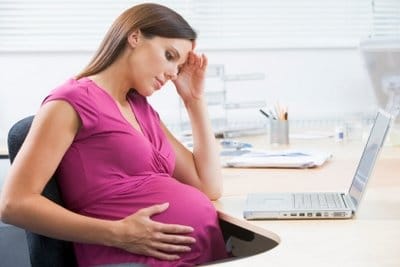 Working out maternity pay can feel like a minefield of red tape so here are the answers to the ten most common questions I get asked by business owners.
Many of the questions refer to the “Qualifying Week”, which is the 15th week before the baby is due.

1. Who is entitled to statutory maternity pay (SMP)?

A pregnant employee who meets the following requirements is entitled to SMP:

2. How does a worker claim SMP?

Women only have to give 28 days’ notice of when they want SMP to start, however in practice most women will give notice at the same time as confirming they wish to take maternity leave, which they have to do before the Qualifying Week.
They will receive a MATB1 form from their doctor or midwife and should provide you with this. It is evidence of their pregnancy and also of their due date so that you can work out whether they are entitled to SMP.
You should write back within 28 days confirming maternity leave dates and entitlement to SMP.

3. What if the worker is not entitled to SMP?

If the requirements to be entitled to SMP are not met then you should return the worker’s MATB1 form and complete form SMP1 (available from HMRC) explaining why she is not entitled to SMP. She may then be able to apply for Maternity Allowance via Job Centre Plus.

5. Can I claim back any SMP from the government?

6. What happens if the worker leaves my employment?

If an eligible worker leaves your employment for any reason after having met the qualifying requirements for SMP, you will still need to pay her SMP. If she leaves and works for another employer after her baby is born, her entitlement to SMP ends.

7. What happens if the baby is born early?

If the baby arrives before the agreed start date for SMP and the worker is eligible, SMP will begin the day following the birth.

8. What happens if a pay rise is awarded?

If a pay rise becomes effective at any time between the start of the qualifying period you used to work out SMP and the end of maternity leave, you must recalculate SMP for the whole of the maternity leave based on the new salary, and pay any outstanding balance due.

9. Can I pay a worker for Keeping In Touch (KIT) days?

Yes you can pay a worker for up to 10 KIT days without ending her entitlement to SMP. How much you wish to pay is for you to negotiate with your employee. Most employers top up SMP by an appropriate amount to ensure that the employee has received her normal pay for KIT days. Any work carried out during the day counts as one whole KIT day so bear this in mind when allocating work.

Yes you can pay more than SMP if you choose. You may opt to make up an employee’s pay to her usual salary for a set period or pay half pay, lump sums or another amount.
If you pay extra you can set terms and conditions on the extra amount. Many employers require the employee to return to work for a set period of time to avoid having to pay the extra back. Whatever you decide to pay you should make sure the terms and conditions of those payments are clear before the employee goes off on maternity leave.

If you want more help understanding maternity pay, guidance on your legal obligations or advice on setting conditions on extra maternity pay, contact us on 0800 180 4998 or email [email protected].