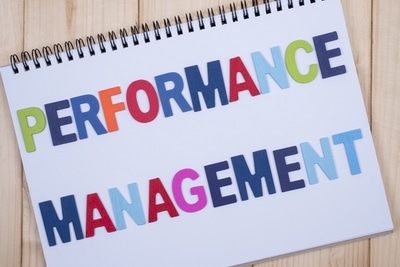 Managers are all busy people and prioritising performance management can be tricky whilst also focusing on the myriad of other priorities coming across their desks on a daily basis. Performance management is also frequently not everyone’s favourite thing, and can be viewed with suspicion as being only beneficial for HR, or as an unnecessary evil taking up valuable time. These tendencies can all result in performance management being mainly a reactive management action rather than being something proactive.

Whilst this is understandable it’s worth taking the time to understand how relying on reactive performance management alone might be damaging for your team, and taking steps to become more proactive in how you manage your team’s performance at work.

Just as when you are training a dog, or raising a child, the more promptly you can respond to either positive or negative behaviour, the more effective the reinforcement. An instant positive response results in a repeat of the good behaviour, and quickly reacting to a negative behaviour reinforces that it is not good and reduces the chances of it happening again.

The same applies in managing staff in the work place. Reactive performance management often relies heavily on being prompted by an annual appraisal process rather than more frequent conversations. However if you wait until an annual appraisal to tell someone they did a good job on a specific aspect of their work six months previously, the impact of your praise is significantly lessened. The person may well have thought at the time that you didn’t even notice, and may have felt resentful or underappreciated. There will also have been six months since the occasion where they could have felt encouraged that what they were doing was right, and striven to do it more and better, and instead they were perhaps unsure whether it was right, and reluctant to do it again as a result.

Similarly where an aspect of work performance isn’t up to scratch, the impact of a concern raised immediately is far greater. The individual will have far more clarity about exactly what they could have improved on if they are told straightaway than if it is raised a few months down the line, when memories have faded and context isn’t as clear. In addition, as well as improving understanding of the concern, clearly raising it promptly means improvement is likely to come much sooner, which can only benefit the organisation.

Further, if someone isn’t performing well in an aspect of their job, as well as just not improving if concerns are raised, it’s entirely likely performance will go the opposite direction. Worsening performance concerns are then even harder to address, and more likely to be unresolvable. If you get to a stage where performance is of such a concern that you feel you need to take formal action such as a warning or even dismissal, this will be a lot harder to do (and easier to challenge) if concerns were raised promptly at the time.

A negative view of performance management

This has several impacts. Firstly it means that you are more likely to give your attentions as a manager to those who are not performing well. This might come in the form of support and training as well as your own time. Giving most of your attention and support to poor performers might improve their performance, but it risks neglecting your high performing team members, leading to them losing focus, feeling underappreciated and ultimately seeking new challenges elsewhere.

When you need to react

Of course not all performance management can be proactive –  sometimes it is necessary to react to things and however many positive steps you take to improve performance, there are going to be times when things go wrong and need addressing. Similarly it is of course important to react when someone does something well, so they know it is acknowledged and recognised.

But where reactive performance management is necessary, reacting very promptly and combining the reactive response with proactive measures can reduce the negative connotations and make the situation- feel’ as proactive as possible.

For example, if you need to react to poor performance, but can pick it up as quickly as possible, and combine the conversation with positive steps towards improvement such as implementing additional support or providing training, although you are reacting to a concern, you are still taking proactive steps with your team member to improve.

Similarly, if you are reacting to good performance, doing it promptly increases the impact of your comments, and combining it with proactive additional development or growth in the form of new responsibilities can ensure good performance continues to improve.

If you’d like some advice or more information about performance management in your business do get in touch.