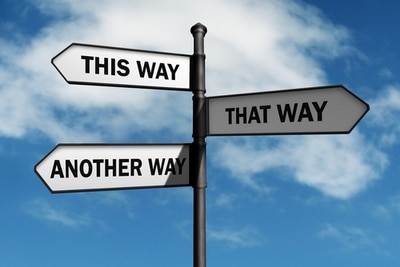 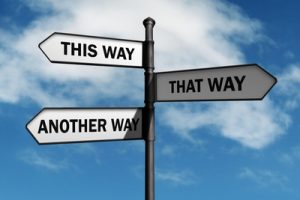 As HR professionals one of the things we need to do on a relatively frequent basis is persuade employers/clients to do things. To change practices or processes, take various types of actions, implement initiatives. But in the majority of cases, the HR professional does not actually have the authority to say “this is what’s happening”, so we rely on effective skills of persuasion to achieve the results we need.

But do HR professionals use the best methods or arguments to achieve the changes and actions they need in their workplace? My experience is frequently that is not the case. Of course sometimes, especially in bigger organisations, a simple “that’s what the procedure says” is sufficient. But if you’re recommending a significant change or action, and/or are advising at a senior level about what a procedure should be, you need to know what arguments or methods to use which will most effectively convince the decision maker that your advised course of action is the best one to take.

Too often I see and hear of HR professionals looking for a scary legal argument to make their case. But I think that’s a bit lazy; not at all the most effective way of achieving senior support for change and also can damage the credibility of the HR professional as being a genuine partner to the business.

An example would be the argument to change wording in a job advertisement. This is a real example where an employer was advertising for a role in the local newspaper and the proposal was to use wording which could be perceived as indirectly discriminatory as it potentially excluded a particular group. Of course indirect discrimination is unlawful under the Equality Act, and in theory, a potential candidate for the role could have brought a tribunal claim asserting that the advertisement was indirectly discriminatory. The HR professional’s instinct was to advise the employer of this, and to possibly use the (accurate) fact that awards for successful discrimination claims are not capped. In other words, to scare the employer into using less concerning wording by implying there was a likelihood of a big legal bill.

At face2faceHR we are very keen on giving realistic, practical, pragmatic advice. We do advise on legal risks, but realistically so. And in reality, the chances of a candidate for a very junior role bringing a tribunal claim based on an advertisement in a local newspaper with limited audience are vanishingly small, and the award in such a case would not be anything like the scary newspaper figures sometimes seen for high profile claims.

I think scaremongering in HR damages the credibility of the profession and also just isn’t as effective as the alternative.

So what is the alternative? In the example above, my suggested alternative approach was (in conjunction with mentioning the legal vulnerability) to emphasise to the client the commercial benefits of improved wording, and of diversifying their workforce.

And the same applies to any change or action an HR professional wants their employer to take. Rather than thinking of obscure legal requirements, think what the tangible business benefits will be of the course you want to take.

Another example I saw online recently was an HR professional who wanted to change her employer’s mind about not sharing performance review information with staff members. Various recommendations were made to use the possibility of a Subject Access Request as ammunition to achieve her aim. But there are so many business benefits involved with sharing performance data, and these are surely more compelling to a commercially-minded employer than a legal argument which is unlikely to happen in the first place and is easily batted away with a “we’ll respond to that if and when it happens” response?

Using good commercial arguments to achieve the changes you want to make means your ability to achieve change is greatly enhanced, and so is your credibility. If you are seen as someone who genuinely understand the needs of the business, and who shapes your advice with a commercial point of view, you become more credible as a genuine partner to the business, and become someone business owners and managers are more likely to actively seek input and advice from.

If you want to discuss the opportunity of partnering with face2faceHR, do get in touch.