When should you consider allowing a friend or family member into a disciplinary hearing? 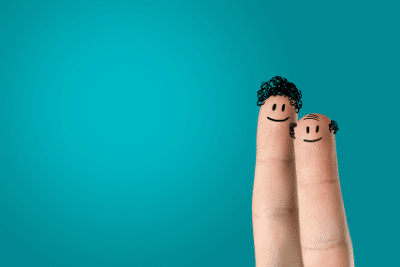 Most HR professionals are aware that when it comes to disciplinary/dismissal or grievance hearings, the employee is allowed to be accompanied by either a trade union representative, or a work colleague. Often the reaction of the HR professional involved to a request to bring someone outside those two categories is a flat “no”. And that’s perfectly lawful. But are there times you should actually consider relaxing that rule?

On the assumption that there is no perfectly suitable union representative or colleague available, these are some circumstances you might want to be flexible:

Sometimes the worker involved will be a young person under the age of 18. Dealing with a formal hearing (especially after having raised a grievance which can be a tough and scary thing to do) is intimidating and worrying for most employees anyway, but for young people inexperienced in the workplace, it can be extremely difficult. If they don’t have a colleague they feel able to ask and there isn’t a union, considering allowing them to bring a parent or other responsible adult to support them might be sensible.

If you have someone who has been off sick for a very long time, perhaps with a very serious condition, you may well find yourself in a position where you need to terminate their employment. This is no fault of their own and is very tough for them to go through, especially when it might involve accepting they are unlikely to work anywhere for the foreseeable future. Allowing someone vulnerable like that to be accompanied by a friend or their partner would be a supportive thing to do, and if they’ve been out of the workplace for months or perhaps years, and are not in a union, the alternative might be they are going through this all by themselves.

If the worker involved has a disability that might make it more difficult for them to handle a formal hearing, it might be more important that they have someone with them than it would be for someone else. If there is no colleague they feel able to ask and no union representative, allowing them to bring a family member or friend could be helpful in ensuring the hearing is conducted fairly and the employee has been able to understand and participate fully.

Dismissal where the impact is wider than just job loss

If you are considering dismissing someone from, say, a regulated profession, or in circumstances where the impact of dismissal might be that they can never work in that sector/area again, it would be sensible to ensure they are represented, and in the event there is no colleague they can ask and no union, considering outside representation might be worth doing. In fact, in some sectors case law has indicated that allowing representation by a solicitor in the more extreme circumstances could be a requirement.

If someone has raised a grievance about something particularly upsetting, such as sexual assault in the workplace or similarly serious events, having support in the hearing might be especially crucial, and might make the employee feel more able to go through with the hearing and give you as much information as you need. This is essential if you want to deal with it effectively, so anything that encourages victims to participate fully is helpful.

Handling a situation where there is an external person present to accompany the individual can be more challenging, so I would not suggest doing so when a manager is conducting the hearing alone, or is inexperienced. Family members in particular can be difficult if the situation is emotive and highly charged.

But if there is a very competent HR representative going to be present (or indeed conducting the hearing) who is confident and capable enough to prevent the hearing from derailing, be clear about expectations of behaviour and can challenge them, it can work, and might reassure you in those particularly difficult circumstances that you are doing the right thing by the employee in question. Which of course helps protect the employer as well, by reducing the likelihood of a claim and being able to demonstrate ultra-reasonableness.

If you’re interested in talking to us about becoming a partner with face2faceHR, with bags of support, do get in touch.