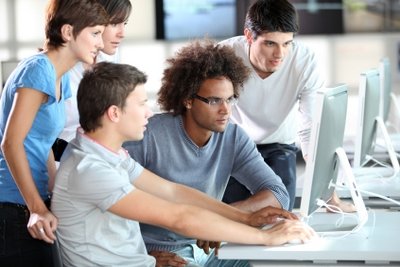 Confused by what counts as an intern and whether or not you ought to pay them? You’re not the only one. There has been a bit of debate about this in the media over the last year or two; whether internships are a good idea, whether they only benefit the rich, privileged and well-connected, and the culture of unpaid internships in government was condemned by the Deputy Prime Minister earlier this year.
Yet use of unpaid interns in government is still widespread, as it is in other sectors including the arts, media and fashion. It’s a tempting idea, particularly in the current economic climate, many businesses are struggling for cash and a hard-working graduate you don’t have to pay might be an asset to many.
However Government legal advice recently confirmed that in most cases interns would be classed as employees and are therefore entitled to National Minimum Wage (NMW), and there have been some high profile successful legal claims brought by interns recently also, so it’s something to treat with caution. Here are some common questions about interns and when they need to be paid.

So what is an intern?

Internships are largely used for graduates coming into the workplace, giving them a chance to gain valuable experience, however in many professions it has become part of normal career progression; one must do one’s time on an unpaid basis before being able to continue in the chosen career.

I want to take someone on as an ‘intern’. Do I need to pay them?

It depends on how their work for you would be classified in terms of their employment status. ‘Intern’ isn’t a legal term or an employment status in its own right, and if a tribunal would class them as either an employee or a worker, they are entitled to NMW.

How do I know if they are employed?

If they are doing a specific job, and are expected to turn up for work regularly, cannot substitute someone else to do their work or just decide not to turn up without consequence, then they are likely to be either an employee or a worker, and therefore entitled to NMW.

If I get them to sign something acknowledging that it’s an unpaid internship will that do?

No. It doesn’t matter what title or label you give them or their working, or the arrangement you have, it’s how it’s actually working that matters. Similarly your intern cannot sign away their right to NMW by agreement with you.

Can I make changes to how we run internships to keep them unpaid?

Yes,  if you wish to continue using unpaid internships in your business (and they can be extremely valuable for both the employer and the intern), you should do the following:

How about if I call them ‘volunteers’?

No that won’t work either. True ‘volunteers’ can come and go as they please, and interns are expected to turn up and do a job.

My organisation is a charity, can I use unpaid interns?

Better news. Voluntary workers can work in this more contracted way without being entitled to National Minimum Wage, but only for charities, public bodies or similar organisations.
The use of unpaid internships as part of the culture and part of the career progression is so ingrained in some sectors that regardless of legal developments, it’s going to take a while to change, especially as plenty of young people seem happy to work for those organisations in that way.
But to a small business looking for a cheap way to take on junior staff, I’d say give internships a miss and look instead at short work experience, apprenticeships and working with local further and higher education establishments on work placements.

For further information about using interns in your business please contact us on 01480 387933 or email [email protected].