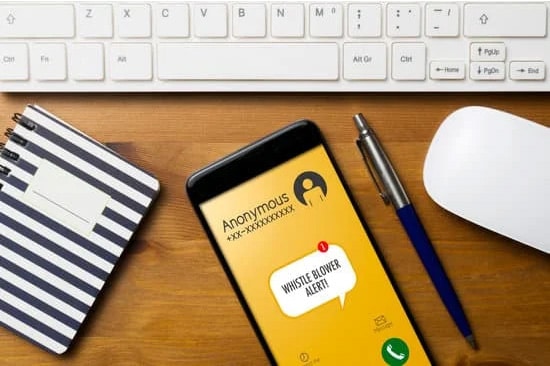 Most people have a general idea that whistleblowing is about reporting something wrong that is happening in the workplace, but many aren’t sure where the line is drawn between whistleblowing and a normal internal grievance, and what ‘counts’ as whistleblowing. But if you may receive a whistleblowing complaint you need to be able to identify it in order to establish how best to deal with the concern.

Whistleblowing is making a disclosure of information, sometimes internally or sometimes to an external body like a regulator or even the police. It is a disclosure about some sort of malpractice or wrongdoing taking place at work. The person making the disclosure has to believe it in the public interest in order to qualify for whistleblowing protection, and this is what normally makes the difference between an internal grievance (which is not generally of concern to the wider public) and a genuine whistleblowing situation.

In order to help encourage workers who discover these kinds of malpractice or corruption issues at work come forward and report what they have discovered, either to their employer or to the relevant authorities, legislation was introduced to protect these workers. It is therefore unlawful to dismiss a worker or subject them to a detriment because they have blown the whistle by making a disclosure in the public interest.

What kind of disclosure counts?

In order to avoid workers claiming protection in the event of any complaint they wish to make about anything at work, the types of disclosures which qualify as ‘protected’ are specifically laid out and are as follows:

Examples (but not an exhaustive list) of instances that would cause a whistleblowing case could include exposing fraud or financial mismanagement; physical or emotional abuse of vulnerable people, regulatory compliance, corruption or similar. But it needs to be something that it would be reasonable for the employee to believe it in the public interest to disclose, which means that personal or group complaints about employment law issues or internal people management procedures or practices normally wouldn’t count as whistleblowing, and neither would a breach of an employment contract. Whether it is in fact in the public interest isn’t the test, the employee just needs to be reasonably of the belief that it is.

How a disclosure is made

As well as having to relate to a certain type of concern or wrongdoing, in order to qualify for protection the law is very specific about how the disclosure must be made, and to whom. This is to encourage those workers with genuine concerns to raise them through the appropriate and most effective channels.

Concerns must be raised either with the employer themselves, to a legal adviser (if in the course of taking legal advice), to a specific regulatory body such as the Information Commissioner or the Health and Safety Executive, or in some circumstances, to the police or a local MP.

It is also important to remember that the employee does not have to be directly impacted by the danger that is being disclosed.  They could be raising the matter due to it being in the public interest and could include conduct of a client or a third party.

Disclosures cannot be made for personal gain, must be genuinely believed to be true and it must be reasonable for the person to disclose in the way they have. All of this is to prevent malicious and/or completely unfounded concerns which could seriously damage a business.

If you would like more advice on whether a concern being raised is whistleblowing, do get in touch.