What is bullying in the workplace? 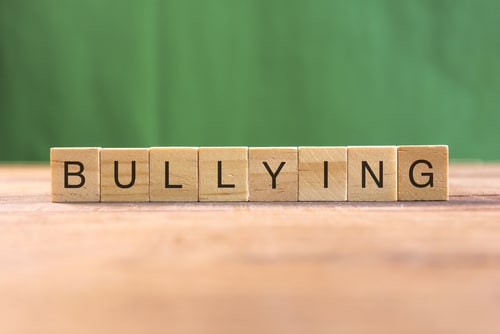 Most people have come across bullying of some description at some point. But what exactly is bullying in the workplace? It can be difficult to know whether behaviour ‘counts’ as bullying, and to know what to look out for.

Bullying often gets put together with harassment, but harassment is a legal concept, in respect of which claims to a tribunal can be made, unlike bullying, which has no legal definition.

Bullying can be offensive, insulting, aggressive (verbally or physically) or humiliating behaviour. It can be in person but can also be remote, and can take place on social media. It might involve criticisms or remarks relating to work but might also get very personal, including perhaps comments about physical appearance, private life or health, or spreading rumours about the victim.

Bullying is not isolated – there would normally need to be a pattern of behaviour for something to be considered bullying, and it would normally take place over a sustained period of time.

Bullying is most frequently linked in some way to an abuse of power, which in the workplace is most commonly the case where the bully has managerial or supervisory responsibility over the victim. That’s not always the case, as “power” doesn’t need to be formal in that manner, but it does mean that a large proportion of bullying victims are suffering at the hands of their direct boss.

Bullying in the workplace environment, particularly where it is coming from a supervisor, can include over-supervision, unjustified criticism, increasing workload, isolating from a team or other similar behaviours. Of course one of the problems with this is that a certain level or type of supervision, criticism or increasing workload may be entirely reasonable or normal, making it very difficult for an observer to make a judgement as to whether behaviour constitutes bullying or not.

Bullying can also be inadvertent; someone may genuinely not realise that the way they are treating the victim is bullying, and may feel perhaps that a joke is being missed, or the person is oversensitive, or that reasonable management behaviour is being perceived wrongly.

However bullying doesn’t necessarily require malicious intent. The perception of the victim, or alleged victim, is crucial in determining whether behaviour is bullying. Clearly perception can be skewed or unreasonable also, therefore the victim’s perception and the perpetrator’s viewpoint should be combined with a sense of whether a ‘reasonable’ person would feel bullied in the circumstances in order to establish whether a bully complaint is justified.

If you need any further advice on bullying in the workplace, do get in touch.