What happens at the end of a fixed term contract? 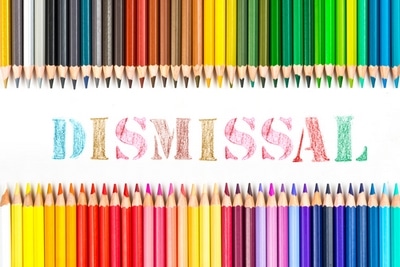 Ending a fixed term contract is a dismissal

Even though there is usually a set end date, the termination of employment on a fixed term contract is still considered a dismissal for employment law purposes. This means if the employee has accrued two years’ service, you need to be very careful that the dismissal is fair.

The end of a fixed term contract will normally be a fair dismissal if the reason the contract needed to be fixed term was genuine, the work or funding has ceased and the employee was fully aware of this.

If however the work is carrying on, and the contract could have been renewed or extended, that will imply that the fixed term was not the prime reason for dismissal, and the dismissal could possibly be considered unfair.

A fixed term contract normally has a specific end date, or sometimes is drafted to end on a certain event, such as the return of an employee from maternity leave. Assuming everything goes according to plan, and the contract is drafted accordingly, then the individual’s employment will automatically terminate at that time.

Unlike with permanent contracts, there is not actually any need to specifically give notice of termination, however obviously it is good practice to maintain good communication with your fixed term employee and write confirming that their employment is ending, and tying up any loose ends with regards to holiday accrual, return of property or similar end-of-employment administration.

Sometimes various factors may lead to a need to terminate a fixed term contract earlier than planned. This could be a change in business circumstances such as funding withdrawal or project being discontinued, or could be concerns with performance or conduct.

Because there is no need for employers to give a notice period to end a fixed term contract on its expiry date, sometimes no alternative termination provision is included in the contract – employers occasionally just remove their normal notice period clause and replace it with the end date of the fixed term.

If you wish to terminate a fixed term appointment early and there is no provision to do so in the contract you have used, then you are likely to find yourself liable for monies due under the remainder of the contract until the expiry date, unless the reason you need to terminate is a gross misconduct issue.

If you do have provision to terminate early in the contract, normally statutory minimum notice requirements will apply, unless you include higher notice periods in the contract.

You can do this either by issuing a new fixed term contract (being careful to recognise the continuous service the individual has already accrued) or by simply writing a letter extending the contract to a new termination date.

Be aware that if you keep renewing a fixed term contract and the employee reaches four years’ continuous service, they will automatically become permanent members of staff.

Sometimes the work a fixed term employee is doing needs to be covered for a set time period initially, but then for whatever reason it becomes clear the need is now ongoing. If this happens you can convert the appointment to permanent status. You can either do this with a new contract (recognising continuity of service) or with a letter amending the terms of the fixed term contract.

If a fixed term contract is coming to an end you should ensure your staff member has access to vacancies in your business so that they have the opportunity to apply for permanent employment (or another fixed term role) if available.

You need to be aware that even if your employee’s contract has a set date for termination, if the reason the contract isn’t being renewed is that the need for the work has finished, or the funding has stopped, then the reason for dismissal is likely to be redundancy, which means redundancy pay (and consultation requirements) will apply if your employee has two years’ service.

If you’d like some advice on ending a fixed term contract safely, do get in touch.

Back to NEws
PrevPreviousPlanning your HR consultancy business
NextIs doing what you’re actually good at incompatible with running your own business?Next