When to use a fixed-term contract 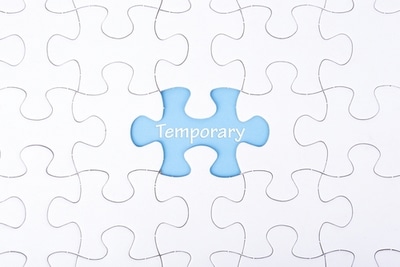 If the role is for a specific project you need completing, a fixed term contract may work well. You may need someone to develop a new database or product, or complete a defined piece of client work, and may know that the role will definitely come to an end when the work in question is finished.

Obviously lots of businesses have times when they are busy and quieter times, but some sectors are particularly seasonal, and find they need significantly increased numbers of workers during their busiest periods. When you know the increased demand is going to be temporary, and the upcoming reduced need is reliably predictable, fixed term contracts for additional workers for a short period can work well.

If you have a member of staff going off on maternity or other family leave, a fixed term contract can be useful if you need to bring in additional staff to cover their work. Although most fixed term contracts are drafted to end on a certain date, it is possible to draft them in such a way that they will end on a specific event, such as an individual returning from maternity leave.

Covering sabbaticals this way is also a good option, however using fixed term contracts to cover long term sickness absence is more problematic. You usually don’t know something is going to become long-term absence at the beginning, and often don’t have a reliable indication of how long the individual will be off sick.

In some small organisations funding for specific positions comes from elsewhere, either from the government, a charity or from a separate external body. Even if the work itself isn’t limited to a specific time period, if the funding is time-limited, you may need to use a fixed term contract for a role funded this way, so that if funding is not renewed, you can terminate the employment.

It’s less common in small businesses, but some organisations have strict controls on headcount of permanent staff, and are unable to get approval for new permanent posts easily, or outside an annual process. In these circumstances, it can be easier to recruit on a fixed term basis at least initially, with perhaps a view to converting to permanent status later on.

…and when not to use fixed term contracts

Unless absolutely necessary, fixed term contracts should not be used where there is clearly a permanent need for the role, or no identifiable date, event or circumstances which justify the time limit on the appointment.

Sometimes business owners feel nervous about taking on new permanent staff, perhaps being wary of making a permanent commitment to an individual. What if it doesn’t work out? What if the business takes a downturn? What if the person isn’t any good? These are concerns we frequently hear, and sometimes business owners wonder whether offering a fixed term contract instead might be a good- half-way house’.

In reality, however, even if you describe an appointment as- permanent’, workers have very few rights during the first two years of employment, as they cannot claim unfair dismissal (other than for a limited number of specific reasons).

Therefore if the only reason for considering a fixed term contract is nervousness about committing, about possible changes in business circumstances, or about possible poor performance, then a permanent contract will not restrict a business owner during that two year period. If business needs change during that time, or the individual proves not to be an asset, terminating the employment during the initial two years is relatively straightforward.

And actually, if a business owner is concerned about whether new recruits will be good enough, it’s far better to make the role as attractive as possible, in order to ensure the best possible candidates will apply. Making the role fixed term when there’s no actual good reason to do so is likely to limit your pool of candidates.

If you’re not sure whether a fixed term contract is right for your circumstances, or want some advice on time-limited appointments, do get in touch.

← Is flexible working really good for employee health and wellbeing? Short term contracts or agency workers, which is best for you? →
Manage Cookie Consent
To provide the best experiences, we use technologies like cookies to store and/or access device information. Consenting to these technologies will allow us to process data such as browsing behaviour or unique IDs on this site. Not consenting or withdrawing consent, may adversely affect certain features and functions.
Manage options Manage services Manage vendors Read more about these purposes
View preferences
{title} {title} {title}