Time off for medical appointments 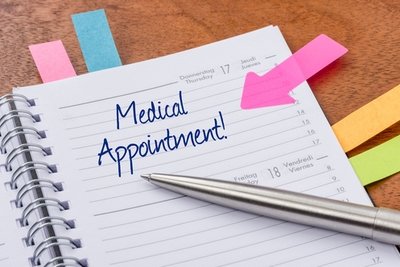 Given that most (non-emergency) medical clinics operate mainly within the conventional working week, and the same for most dentists, it is inevitable that even the healthiest employees will need time off for medical or dental appointments at some point. But the rules and requirements and usual practice around this kind of absence isn’t always clear. Here are answers to some of the most common questions we get asked.

Do I have to give time off for medical appointments?

Obviously emergency appointments would usually be sickness absence, because the person would therefore generally not be fit for work anyway, but more routine, non-emergency medical appointments or dental appointments, no you don’t have to give time off. (Ante-natal appointments for pregnant employees or their partners are an exception to this.)
However, realistically sometimes medical appointments are unavoidable, so if you want to maintain good- give and take’ relationships with staff, and avoid unauthorised absence/people calling in- sick’ for things like this, it is sensible to allow reasonable absence for medical/dental appointments if at all possible.

Do I have to pay people who are absent for a medical appointment?

No, not usually. Unpaid time off is fine, however as long as it isn’t too frequently or time taken isn’t too long, many employers choose to either pay staff in these circumstances, or allow them to make up the time later in order to avoid losing pay.
Be careful though – if you do make a habit of paying staff for medical appointments this may become an entitlement by custom and practice even if your contracts or policies say it will be unpaid. And it is important to be consistent in your approach to avoid accusations of unfairness or even discrimination.

Can I insist they make appointments for outside working hours?

You can certainly require them to do this where possible, or to ask for them to be at the beginning/end of the working day to minimise disruption, but again you need to be realistic – sometimes times/dates of appointments will be beyond the employee’s control, depending on the nature of them.

Is there a difference between emergency appointments and pre-planned ones?

An emergency medical or dental appointment would usually count as sickness absence, so in those circumstances you should operate whatever sick pay system you have in place.

What about time off for taking a child or dependent to a medical appointment?

There’s no entitlement to take time off for this as a rule. If it’s an emergency it would probably count as emergency dependants’ leave (giving the employee reasonable time off to deal with an emergency involving a child or other dependant), but if it’s a scheduled non-emergency appointment, that’s different.
However, while it is reasonable to expect the employee to make an effort to schedule these for outside working times where possible, again in reality sometimes a parent will need time off, and (particularly where the child has perhaps an ongoing medical condition or serious illness), it would be a harsh employer indeed who didn’t try to facilitate this where at all possible.

Are the rules different if the employee has a disability and needs time off for a medical appointment?

If an employee needs regular time off for medical appointments relating to their disability, this would normally count as a- reasonable adjustment’ so should be allowed. It has also been established that paying employees for this time would be a- reasonable adjustment’, so unless you have very good reason why this isn’t possible, you should give paid time off to disabled employees, even if you don’t usually for other people.

Can I set a limit on the amount of time someone can have off for medical appointments?

Setting a specific limit would be a bit of a blunt instrument and in circumstances where someone has a series of appointments to do with a medical condition none of which can be scheduled outside working hours, penalising them based on an- allowed’ number of appointments might feel counter-productive.
On the other hand, if someone is taking more time than you feel is strictly necessary or you have reason to believe they could arrange appointments for a non-working day but are choosing not to, you may want the ability to step in.
A contract clause or policy stating that- reasonable’ time off will usually be allowed, but giving provision for managers to refuse if it becomes too frequent/disruptive, or to withhold pay if time would normally be paid would give a bit more flexibility, enabling you to address the issue if it becomes a problem without punishing others unnecessarily. In a larger business it may be too difficult to retain a discretionary element to this and a more solid policy might be necessary.
If you want more specific advice on employees taking time off for medical appointments do get in touch.

← Employees going on jury service – some FAQs Five things small businesses need to know about compassionate leave →
Manage Cookie Consent
To provide the best experiences, we use technologies like cookies to store and/or access device information. Consenting to these technologies will allow us to process data such as browsing behaviour or unique IDs on this site. Not consenting or withdrawing consent, may adversely affect certain features and functions.
Manage options Manage services Manage vendors Read more about these purposes
View preferences
{title} {title} {title}