Protecting your business when candidates lie during recruitment 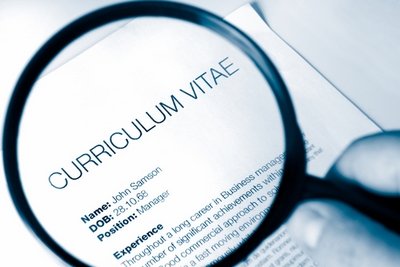 In a competitive job market, candidates for jobs in your business may well be tempted to gain an advantage over other applicants by embellishing their CV, or leaving off certain information which they feel may damage their chances.

Most people naturally try to present themselves in a favourable light during the recruitment process, but while for some this merely constitutes emphasising certain things in their experience, there is a scale of misrepresentation. Some simply emphasise the good things, some indicate that they had perhaps more responsibility for a certain project than they actually did, some inflate their job title, some fabricate work history, some lie about qualifications or grades.

Those who are at the less ‘acceptable’ end of that scale may actually find themselves at risk of prosecution for fraud, so while some consider lying on a CV to be fairly harmless, actually it can get candidates into serious trouble.

But from an employer’s point of view, even those embellishments or omissions which wouldn’t technically constitute fraud can be a real problem. If you make recruitment decisions based on information given, and that information is false, you may end up with a poorer candidate in the role than you otherwise would, which can of course affect business performance. You will also find yourself with an employee you cannot trust.

So what can you do?

Prevention is always better than cure obviously, so do whatever you can to weed out problems before making an offer. There are various CV checking services but these are expensive and not usually within the reach of small organisations for most day to day recruitment.

Instead, make sure you check CVs carefully for inconsistencies, especially around dates, and for anything that looks a bit unusual or unlikely, and take the opportunity of the interview to drill down into any potentially questionable areas a bit more.

Take up references, and if referees are prepared to speak to you on the phone, that can be useful. When you request references in writing, make sure you ask specific questions and make it as easy as possible for the referee to reply (a questionnaire or similar can be useful here). Many employers only give basic information, but if you don’t ask you don’t get!

If qualifications are important or relevant, you could also request copies of certificates and//or contact the training/education provider.

If you have made an offer subject to satisfactory references or other checks (or even if you haven’t put such conditions on the offer) and you subsequently find out the candidate has lied, you can withdraw the offer.

If you do need to withdraw an offer because a candidate has lied during the recruitment process, make sure you have evidence of the issue which can be provided to the candidate, and that you are very clear about your reasons for withdrawal.

Sometimes a lie will come to light after someone has started working for you. This is more likely to happen fairly early on in the employment relationship, often during the probationary period, during which time it is usually easy to dismiss the person with a short notice period anyway.
If the employee has passed their probationary period (but has less than two years’ service) the issue is likely to be that they are now on a longer notice period, and you may not feel inclined to pay them (say) a month’s salary in these circumstances. A serious lie or omission may be sufficient to justify summary dismissal without notice (as a gross misconduct issue would as part of a disciplinary process), while a smaller lie may not.

When to be more cautious and seek advice

Once the employee has longer than two years’ service he or she can potentially bring an unfair dismissal claim, which means you need to be more careful. A lie by an employee certainly undermines your trust and confidence in them, which may entitle you to dismiss them, however if they have been working satisfactorily, performing well in their role and demonstrating trustworthiness for two years, there is a possibility that dismissal in the absence of any other issue might be considered unreasonably harsh.
You should also proceed with a bit more caution if the lie relates to the employee’s health, particularly if it relates to a disability (which candidates are not obliged to disclose during recruitment). If the health issue affects their ability to perform the role, it is this you should explore in terms of a possible dismissal, rather than dismissing purely because of misleading information or omissions.
If you would like any further guidance, do get in touch.