Pay and recruitment – three things to bear in mind 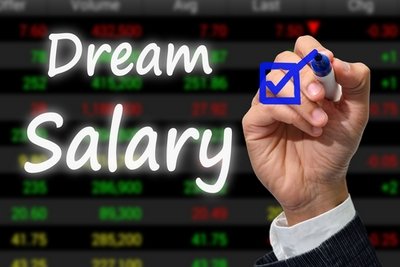 The law doesn’t get involved much in pay, whether applicable to recruitment or more generally. As long as you pay at least the relevant National Minimum Wage rate, and don’t discriminate in pay decisions, pay is otherwise something that is arranged and agreed between employer and employee.

But that doesn’t mean there aren’t several potential stumbling blocks when it comes to pay issues for recruitment. Here are three of the most common pay issues that arise when recruiting for a role within a small business, and how you should deal with them.

How should you decide on a salary?

When deciding what salary (approximate or specific) you are going to offer for a new role, don’t just recruit to the same salary as the previous incumbent was on. Take the opportunity to review the role and ask yourself some questions.

Look at the external marketplace – how much are similar jobs paying in your sector or location? Has the role evolved since the salary was last looked at? Is it sitting at the right level in the organisation? If you have a salary structure in place, look at the role against that – does it fit the grade or band you are assuming or should it be moved? Was the previous incumbent under- or over- paid? Now is the opportunity to set the salary at the correct level for the role, responsibilities and skills you need.

Should you specify a salary in a job ad?

You often see ads with “£attractive”, “£competitive”, “salary negotiable” or similar, rather than any indication of what the salary for the role will actually be. There can be a number of reasons for this.

Occasionally employers genuinely have absolutely no idea what they’ll pay the person, and are really flexible about requirements and salary. Some businesses are concerned about the competition finding out what they pay staff (although giving a wider range usually addresses that). Some employers feel that advertising a salary, or range, will give them issues internally with people who are paid less for similar work. It could be that the recruiting managers are inexperienced with recruitment and genuinely think saying something like that is more attractive to candidates even if the salary they are offering is perfectly decent. Or it could be that the salary or range they are considering isn’t particularly attractive and they don’t want to put people off applying.

But revealing no information about salary in a recruitment advertisement is almost never a good business decision.

The purpose of a recruitment advertisement is two-fold. Firstly you want to attract candidates. You attract people by emphasising the best bits about the job, and excluding or reducing information about the not-so-good bits. Even if there are other reasons for excluding salary information, such as those highlighted above, people will assume that if information about pay is not provided, the salary is not in fact particularly attractive, because if it were genuinely a selling point for the job, the employer would highlight it.

Secondly you want to ensure unsuitable candidates don’t apply by giving them the information they need to self-select themselves out if the job isn’t right for them. Giving some indication of a salary range does that. If there is no salary indication it’s harder for candidates to tell whether the job is at the right level for them, meaning that good candidates might not apply and you might get a plethora of unsuitable candidates you have to wade through when shortlisting.

Should you negotiate starting salary or stick to your guns?

If you have a good candidate and are keen to fill the role, it can be tempting to agree to increase an offered salary if they attempt to negotiate up. You don’t want to lose good candidates but before you increase starting salary, bear in mind the following:

If you would like help or advice on setting or negotiating pay for new roles, or help with effective recruitment,

do get in touch