How to use probationary periods effectively 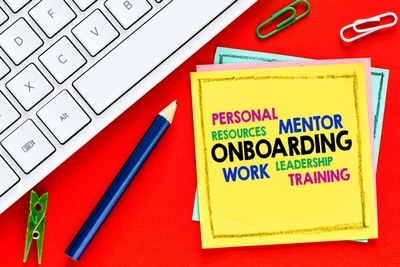 Most employers use some kind of probationary period for new staff. But are you using this period as effectively as possible? It shouldn’t be a case of just making a decision at the end about whether to keep the employee. Your aim should be to use the period to get the employee performing at the level you need them to as quickly as possible. To achieve that you need to make sure the framework is right and the time is used well.

A well-managed probationary period can give structure to a new recruit’s first few months. It can ensure feedback is given promptly, concerns raised and dealt with quickly, clarity of expectations emphasised and support given. All of these mean the employment is more likely to be successful, the new recruit is likely to start performing well in their role more quickly, and if things don’t work out, termination effected with minimum fuss and with short notice.

There is no standard period of probation as such – how long is needed to assess performance and make an informed decision will depend on the nature of the role. However typically more junior roles might be three months, whereas management/professional/senior roles might be six months. Some employers use a standard period of time for all new recruits regardless of the role, but the important thing is that probation should be enough time for the employee to reasonably settle into the role and learn their job, as well as for their manager to assess their performance and make a decision about their future.

If you have a three month probationary period as standard, and are finding you frequently need to extend it, it may be that a six month period would be more suitable, at least for some roles.

Recruitment is expensive and time consuming, so of course the aim during a probationary period shouldn’t be just to assess performance, but actively to get the new employee to a stage where they are performing well. A key part of this is ensuring they actually understand what is expected of them.

This is of course true with any employee, not just new ones, but new recruits have a lot to learn and understand, not just about the requirements of the role, but the people they are working with, the culture of the organisation, procedures and ways of doing things that may be new, clients/customers, services, products and the roles and responsibilities of others they work with. A good understanding of what is expected of them in the context of all of that information will help ensure their performance reaches acceptable levels sooner.

As the objective of probation should be achieving good performance, a key part of this is regular meetings with the line manager. This will enable regular monitoring of performance, with concerns on both sides being raised (and therefore dealt with) sooner rather than later. Support and guidance can be requested and given, additional training/coaching requirements identified and provided. Additional clarity on expectations, both in terms of responsibilities and standards, can be provided, and development objectives or targets agreed and documented.

Meeting at the end of probation

At the end of a defined probationary period, the manager should conduct a final review looking at the employee’s performance and suitability for the job. It’s important this takes place either on the date probation is due to end, or ideally slightly before. Depending on the wording of the contract/policy being used, if the meeting slips later, it may be that the employee will have passed their probationary period by default (or could argue that they have). Although they have no additional legal rights, it is likely that their notice period may increase.

If performance is satisfactory, the employee can be advised that they have passed their probation, and this should be confirmed in writing, together with confirmation of any changes to their employment, such as a longer notice period or additional contractual benefits.

If it has been decided that the employee’s performance is not satisfactory and is not likely to reach a satisfactory standard, they should be advised that they have not passed their probation and that their employment is being terminated. This should be confirmed in writing, together with details of any end-of-employment administration such as holiday accrued, return of equipment and final salary payment. There is no need to allow an appeal of this decision as you would with other dismissals, unless you have an internal procedure which contains that process.

If for some reason it is not possible to reach a conclusion about the employee’s performance by the end of the usual probationary period, a decision could be made to extend it.

This might be because progress has been slower than expected, because for business reasons it has not been possible to provide the correct support/training/feedback during probation, because concerns about performance have been raised late, or because there has not been sufficient opportunity for one reason or another to make an informed assessment.

Extensions should be for a further defined period, and it is crucial to ensure that length of extension, reasons for extension, standards and objectives to be achieved during the extension and details of support and training to be provided are all explained and documented.

It is not advisable to extend an employee’s period of probation more than once, and really, even for probationary periods of three months, that plus one extension really ought to be enough to reach an informed decision about whether to confirm the employee’s engagement with the organisation or not.

If you would like advice on managing probation effectively within your business, do get in touch.

← Why does ‘onboarding’ matter? Putting together an effective induction programme →
Manage Cookie Consent
To provide the best experiences, we use technologies like cookies to store and/or access device information. Consenting to these technologies will allow us to process data such as browsing behaviour or unique IDs on this site. Not consenting or withdrawing consent, may adversely affect certain features and functions.
Manage options Manage services Manage vendors Read more about these purposes
View preferences
{title} {title} {title}