How to identify when you have a sickness absence problem 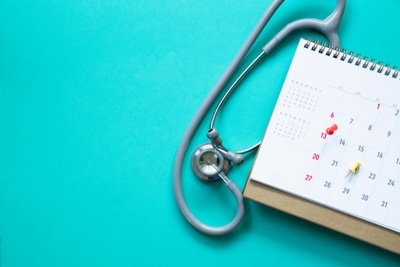 The sooner you start addressing absence problems, the easier they are to solve and the less disruption they cause, so early action is vital. But a key ingredient to taking early action is identifying as early as possible that there is a problem. So how do you spot a problem early enough to make dealing with it a breeze?

Sounds obvious, but you’re never going to identify that you have a sickness absence problem if you don’t actually record anywhere what time people are having off sick. Some small businesses don’t record at all. Most do keep some records of attendance, but there are some key reasons these are often inadequate

So record it, but make sure it’s accurate and gives you relevant information.

Do something with that information

Even when sickness absence is physically recorded accurately, business owners and managers still frequently only identify they have a sickness absence problem when they get to the stage of feeling as though the worker has been off a lot, rather than through looking at the information. When the manager actually looks at the data, it’s not uncommon to be surprised at just how much time a worker has actually had.
Problems will be identified much quicker if information gathered is checked and analysed on a regular basis, to actively look for patterns, rather than to confirm the existence of a problem you already know you have. So don’t just leave recording absence to a junior member of staff and never actually look at the data yourself.

What to look for

When you’re looking at your absence records, ask yourself the following questions

All of these could represent a problem which could develop from a minor one into a major issue. You might not need to take immediate action, but all of these should be monitored more closely, with perhaps support offered if appropriate.

When you’re looking at the data you have on attendance, put it together with other information you may have, including

All of these could be relevant, and viewing the absence data with other factors in mind will help you identify and address the problem most effectively and safely.
With all this information, you will be able to quickly identify an absence problem almost before it begins, and will be in the ideal position to take effective rapid action to resolve or prevent it.

If you’d like advice on identifying sickness absence problems, please get in touch.

← Ten reasons why training for managers is so critical Five ways to prevent short term absence problems in your small business →
Manage Cookie Consent
To provide the best experiences, we use technologies like cookies to store and/or access device information. Consenting to these technologies will allow us to process data such as browsing behaviour or unique IDs on this site. Not consenting or withdrawing consent, may adversely affect certain features and functions.
Manage options Manage services Manage vendors Read more about these purposes
View preferences
{title} {title} {title}