How grievances interact with other processes 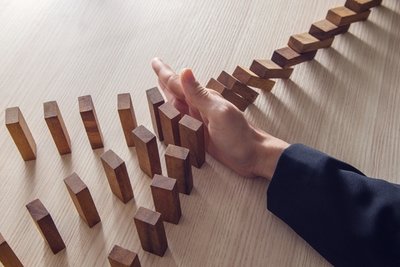 Sometimes grievances are clear, resulting from an isolated incident/pattern of incidents, and can be investigated and addressed with relative clarity.
But frequently there is more than one issue at play. Sometimes there is a sickness absence or performance concern which is being addressed, or a disciplinary process ongoing because of a conduct issue, and a grievance is thrown into the mix. Here are suggestions for dealing with grievances when they come mixed in with something else.

If an employee submits a grievance raising issues that you have already addressed through an earlier grievance, you need to ascertain whether there is indeed anything new (perhaps new evidence or a new incident) for you to investigate. Clearly just being unhappy with the outcome of a previous grievance (provided they were given the right of appeal) isn’t sufficient justification for raising a new one, but sometimes employees do this, perhaps waiting a while and then- trying again’. Find out whether there is genuinely anything new, and if not, write confirming that no new investigation/hearing will take place as the issue has already been addressed.

When a grievance comes during a disciplinary process

When new issues are added to a grievance

Sometimes it happens that an individual raises a grievance, you look into their concerns, hold a hearing to discuss them and then either at the hearing or subsequently, they add new things into the mix. Where a process is almost finished and a decision is more or less made, it can be tempting to brush aside new things being added. But doing this can be risky, and instead it would be advisable to put a decision on hold, look into the new issues as well, and then reach a decision which genuinely takes into account everything that has been raised.

When a new grievance is raised before another is finished

It is certainly not unheard of for an employee to raise a new grievance when they have an existing one still- open’. Because dealing with grievances promptly is a key principle, it might be advisable to offer the employee the opportunity to fold both in together into one hearing. If they are completely unrelated this may not be appropriate.

Sometimes you might be going through a process of managing concerns you have regarding someone’s performance at work, or excessive sickness absence, and a grievance is raised. Just as if this happens during a disciplinary process, you should consider whether the grievance relates to the ongoing performance/absence management process.
You will need to follow your grievance process however you do not need to suspend the other process you are going through. If the grievance relates to procedure being used, you can continue the procedure while listening to concerns and adjusting procedure if necessary. Sometimes a grievance is raised because the employee feels that the performance/absence management process is unjustified, but again you can carry on with it while you separately consider the issues raised in the grievance.
If you need some advice on dealing with a complex grievance in your business, do get in touch.

← Avoiding grievances in a small business Employees going on jury service – some FAQs →
Manage Cookie Consent
To provide the best experiences, we use technologies like cookies to store and/or access device information. Consenting to these technologies will allow us to process data such as browsing behaviour or unique IDs on this site. Not consenting or withdrawing consent, may adversely affect certain features and functions.
Manage options Manage services Manage vendors Read more about these purposes
View preferences
{title} {title} {title}