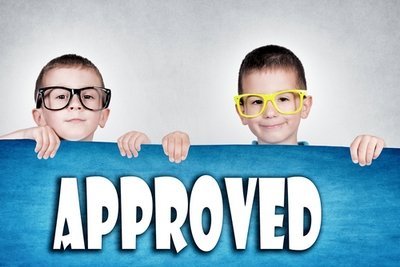 Who is eligible for dependants’ leave?

There is no length of service requirement to take emergency dependants’ leave – the right applies from day one of employment, and applies to all employees, full time, part time, permanent and fixed term equally.

Is it paid or unpaid?

The legal entitlement is to unpaid leave, but many employers choose to pay employees who are absent for emergencies involving a dependant. Partly because it’s a nice thing to do as a good employer, and earns goodwill with staff, and also because there is an administrative burden in processing unpaid leave, and for the sake of a day or two it may not be worth doing.

Who counts as a dependant?

A dependant is someone who normally and reasonably relies upon the employee for assistance. Normally this would be a child, spouse/partner or parent but in some cases might also include a neighbour or other person the employee usually supports.

What should the absence be used for?

Legislation is specific about what the leave is for, as follows:

–        To provide assistance when a dependant falls ill, gives birth or is injured or assaulted;

–        To make arrangements to provide care to a dependant who is ill or injured;

–        To deal with the unexpected disruption or termination of arrangements for the care of a dependant; or

–        To deal with an incident involving the employee’s child during school hours.

The absence is to deal with an unexpected emergency, not for ongoing care, so for example if an employee’s child is ill with chicken pox and will not be able to go to school for two weeks, the employee is not entitled to take the whole fortnight off to care for their child; they are expected to use emergency dependants’ leave to make alternative arrangements for care.

How long can the employee be off?

Because the leave is for the purpose of dealing with an emergency, absence should only be brief, usually a day or perhaps two. How long is reasonable will depend on the nature of the emergency and on the employee’s personal circumstances.

There is no limit on the number of occasions an employee is entitled to take dependants’ leave, and each situation should be looked at on an individual basis in terms of whether it is reasonable.

Having said that, where for example there are two parents available, it is reasonable to expect employees to share dealing with emergencies between them, rather than placing the burden on only one of their employers, so if this is happening it would usually be reasonable to raise the concern and check that your employee isn’t taking the lion’s share of time off in respect of the couple’s children in emergencies.

Can I refuse a request for dependants’ leave if it’s not convenient?

If you would like more information about emergency dependants’ leave do get in touch.

← Five things small businesses need to know about compassionate leave What is shared parental leave? →
Manage Cookie Consent
To provide the best experiences, we use technologies like cookies to store and/or access device information. Consenting to these technologies will allow us to process data such as browsing behaviour or unique IDs on this site. Not consenting or withdrawing consent, may adversely affect certain features and functions.
Manage options Manage services Manage vendors Read more about these purposes
View preferences
{title} {title} {title}