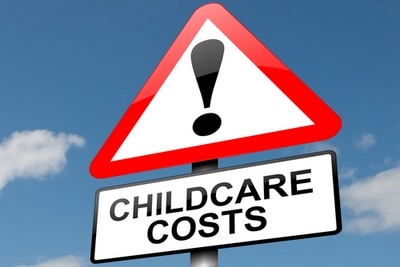 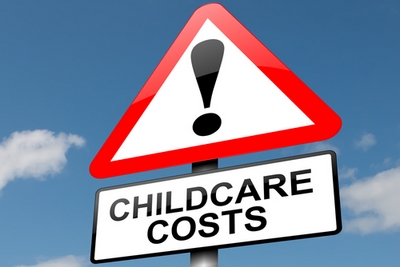 I see in the news this morning details of a survey conducted by family charity 4Children about childcare. It seems a fifth of parents in the UK currently incurring childcare costs plan to cut their hours this year, or are considering giving up work altogether, as a result of the crippling costs of childcare, particularly for younger children.

There is of course an argument that the high cost of childcare in the early years is an investment, enabling (usually) women to keep their careers on track, and meaning that when childcare costs reduce at the age of 3 and then even more when children start school, the family will reap the benefits of that.

That’s all very well, but of course if childcare ends up costing more than your salary, and/or you have several children, you can end up working at a loss, or for very little, for quite a few years while waiting for all your children to pass through that stage. Even if childcare on a per-hour basis costs less than you earn, of course this comes out of taxed income, meaning you actually have to earn a fair amount more than the childcare actually costs in order to pay for it.

Parents who commute might end up paying for childcare for perhaps two hours more than they actually work each day. Multiply that by more than one child and you can see the problem. It’s right that childcare isn’t cheap, as childcare workers perform a vital role and we all want high quality childcare for our children. But there’s no doubt the costs for parents can be crippling.

It prompted me to think about the childcare issue as it relates to self-employment. I’m lucky in that my two children are now both at school. They do go into a before- and after- school club some of the time, but I have to say suddenly not having an extortionate nursery bill for my youngest every month was a great relief.

However, when I started this business, my eldest was almost one, and I was in the difficult situation many people contemplating starting a business are in. Of course you don’t have an income from day one, it takes time to build up, sometimes quite a lot of time. But in order to build it up, you need time, which if you have small children, means you realistically need at least some childcare.  That meant that for quite some time, as a family we were operating at effectively a loss, as we paid for childcare which cost more than I was bringing in, or at least more than I was able to pay myself.

We saw it as an investment which would hopefully result in a successful business down the line, and that proved to be the case. But there’s no doubt that there was a financial hit during those early years.

So that’s the downside from a childcare point of view when it comes to self-employment. For that reason you could argue that when you have small children is not a good time to start your own business, and waiting until they are at school at least would be better. From a financial point of view that’s probably the case, but there’s no doubt that the major advantages of starting your own consultancy business in terms of flexibility, being at home, arranging your own hours, are all significant for those with young children.

On the plus side, the advantage of being self-employed when it comes to childcare is that, although initially you are likely to expend more on childcare than you earn, you will certainly be able to get away with using less childcare than you would if working a “normal” job. You can work from home, which means you will not need childcare to cover a commute. You can work evenings and weekends, as I did, which if you have a partner who can look after children during those times, will enable you to work fewer hours during the week and use less childcare. You can also work when small children are asleep!

This all meant that although I was incurring childcare costs when bringing in little or no income, those costs were actually for far fewer hours than they would have been had I been working in a normal job.

And using fewer hours of childcare of course has other, non financial advantages, which many parents, especially women returning to work after maternity leave, value highly. I was able to spend more time with my children than I would have done had I returned to a normal job, even though I was working quite a lot of hours, and that remains the case now. I do the school run either at the beginning or end of the day, or both, most days. I’m at home to help with homework, music practice and reading. If there is a school play, sports day or other event during the day, I can go with no difficulty at all.

So despite the initial investment of costly childcare with low income, it was entirely worth it for me, and means our family benefits long-term from my flexible and independent working arrangements. Of course everyone’s circumstances are different, but it is worth thinking about the long term when making decisions about work and childcare, and taking all these things into account.

Back to Franchise News
PrevPreviousNew Year, new start for your business?
NextWhy use HR proactively in your small business?Next