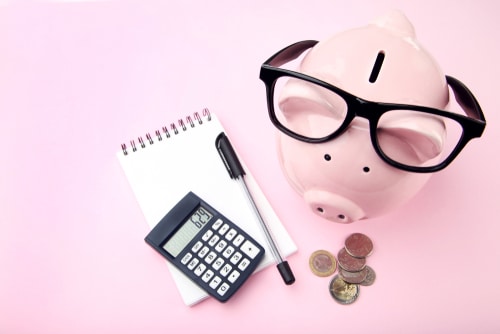 The Government has brought in new legislation about how the definition of a ‘week’s pay’ must change for employees who are, or have been, on furlough. This involves important changes for some employers so it’s worth understanding exactly what the new requirements are.

Why is this change being brought in?

There is a standard definition of a ‘week’s pay’ in the Employment Rights Act 1996, which is used for a variety of things. For most employers, this will be commonly used when calculating redundancy pay and notice pay.

The definition for those with fixed pay has always been whatever they’d earn in a normal week, working their normal hours, which has meant that during the first furlough period when staff weren’t working at all, a week’s pay wouldn’t be affected.

Now we have flexible furlough, many people are working, have new ‘normal hours’, or no normal hours, and for the rest of the week are receiving less money than usual, so potentially a lower amount could be used, even for those normally on fixed hours/pay.

For those on variable pay, an average over 12 weeks was already the calculation, and furlough was also affecting the amount received. Staff who had been on furlough, particularly flexible furlough, were being effectively penalised in the amount of redundancy pay and potentially notice pay they were getting.

As a result, the new legislation now means that effectively any reduction in normal pay resulting from time spent on furlough must be disregarded for the purposes of calculating what a week’s pay is.

For those with fixed hours and pay, a week’s pay is now whatever they would get if they were at work 100% of the time, not on furlough for any of the week. For those where an average calculation over a 12 week period is needed due to variations in normal hours or amounts received, the total hours (on furlough and working) must be used, with the hourly rate being based on there being no furlough-related reduction. Any weeks spent not working at all must be disregarded.

Statutory redundancy pay entitlement is based on receiving a number of weeks’ pay depending on age and length of service. This change means that the amount a redundant employee gets will be based on pre-furlough earnings. There is a cap on statutory redundancy pay of £538 for a week’s pay, so this won’t change things for everyone, but certainly for lower paid staff.

For those staff who are entitled to statutory minimum notice, this must be paid at 100% of normal pay, even if they are not working at all. This has in fact always been the case, but some employers were using the variable pay calculation and taking an average, thereby reducing it slightly. It needs to be at 100% the pre-furlough rate regardless of whether the employee is on fixed or variable hours/pay.

For staff who are on a contractual notice period of at least a week more than the statutory minimum, the notice pay calculations affected by the new legislation don’t technically apply, therefore you can continue paying them at whatever rate they are currently receiving during their notice period (eg 80% if completely on furlough) and don’t necessarily need to increase their pay because they are serving notice, although many employers are choosing to do so.

If you’d like some advice on what the new calculations mean for you and how to apply them, do get in touch.

Back to NEws
PrevPreviousJob Retention Bonus – who can claim?
NextPart time workers – the legal backgroundNext