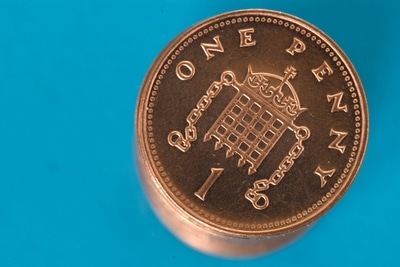 We frequently get asked by clients whether they need to put a salary in a job ad. Sometimes the client is concerned about getting enough applications and worry that by including the salary that they might be narrowing the field too much. Sometimes they’re concerned about what existing employees might think about a salary which might be higher than they are being paid, and sometimes they worry that the salary they are offering isn’t enough so they don’t want to put it in.

However despite these concerns, it is important to include an idea of salary or salary range when recruiting, for the following reasons:

1.  Self-selection in or out is much easier

The salary, or salary range, of a job provides a pretty good indication of what level the post sits at. Many posts have fairly generic job titles, with the scope and seniority of the post depending more on internal factors which aren’t necessarily immediately apparent in an advertisement.

If you don’t give any indication of salary, people won’t know whether the role is suitable for them in terms of level or salary expectations, and are therefore less likely to bother applying, limiting your field. This is especially true for candidates who don’t have to find a new job but are browsing out of interest.

The idea of a job ad is to attract candidates to apply, clearly. So it is reasonable to assume that if the employer can write a half-decent ad, they are including in the ad those aspects of the role which it deems to be most attractive to potential candidates.

By that logic, if an employer chooses not to include salary, it may well be that potential candidates will assume that it isn’t an attractive aspect of the role at all, otherwise it would be included. You frequently see ads stating that the salary is “attractive”, “competitive” or “excellent”. But if it is those things, why not specify, and allow the candidates to make a judgement about whether they consider the salary you are offering to be attractive?

But if the salary isn’t adequate, that issue will need to be addressed anyway otherwise you will be unable to recruit.

3.  Candidates may find out anyway

For bigger companies, there are websites such as Glassdoor giving employees and ex-employees plenty of opportunity to spill information you may prefer to keep out of your ad.

4.  If you’re concerned current employees will see it, you have a different problem

Sometimes employers are reluctant to put salary details on an ad because they think the information may cause resentment or dissatisfaction among current staff. It’s not at all uncommon for a company to realise when it comes to recruit for a post that it will have to pay more than it pays current staff.

If you don’t want internal staff to know exactly how much their new colleague will be paid, including a range will give candidates a reasonable idea without being too specific.

5.  A culture of secrecy isn’t attractive

Employers who are generally secretive about salaries risk giving the perception that they might have an equal pay problem, or just a lack of fairness in remuneration. A business who is making completely fair pay decisions has no reason to be anything other than transparent as there is nothing to hide.

There are still businesses which make salary decisions based on things like who shouts loudest and who negotiates hardest, and which rely on a culture of secrecy to conceal the fact that people doing the same job aren’t necessarily paid at an equivalent rate.

It is long-established that this kind of culture when it comes to pay has a disproportionately negative impact on women, and an equal pay problem is more likely to develop in that environment.

Good candidates will realise this and may also wonder whether a culture with an equal pay issue is also a culture which is not family-friendly, is one where grievances aren’t dealt with, one where favourites can get away with unacceptable behaviour and one where diversity isn’t a priority.

Of course none of those perceptions may be true at all, but being secretive about salary may lead candidates to wonder why this is, and whether that lack of transparency extends further into the workplace culture than just salary.

If you’d like help with any aspect of recruitment, setting the right salary etc., do get in touch.

← How to write an effective person specification How to make your small business attractive to job candidates →
Manage Cookie Consent
To provide the best experiences, we use technologies like cookies to store and/or access device information. Consenting to these technologies will allow us to process data such as browsing behaviour or unique IDs on this site. Not consenting or withdrawing consent, may adversely affect certain features and functions.
Manage options Manage services Manage vendors Read more about these purposes
View preferences
{title} {title} {title}