When should I consider using a settlement agreement in a small business? 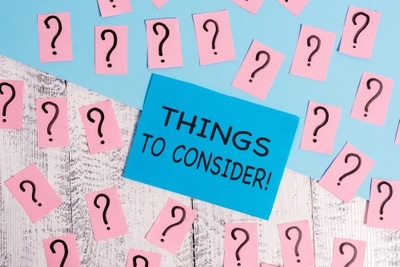 Some bigger organisations use settlement agreements almost routinely, but in a small business it’s likely to be more unusual. So under what circumstances might you want to consider this option?

In a small business, a formal performance management or capability process can be hugely impactful on the whole team. The business owner often has a close relationship with members of staff who are often long-serving, and are frequently reluctant to initiate difficult conversations.
Staff are in a small team, often all in the same office, everyone knows everyone, and disputes and formal processes can be enormously stressful for everyone.
For these reasons, it is very common for problems with employees to go unaddressed, or only very lightly addressed, for a long period. This means if things don’t improve, the business owner can get to the stage of needing to dismiss the employee – that “last straw’ situation, without having anything in writing or any formal warnings in place to help support the decision and make it lawful.

Wanting to avoid a formal process

Even where things haven’t been delayed, contemplating what could easily be several months of a formal process can lead a business owner to look at other options.
A formal process can be stressful for both parties, time consuming, and sometimes it is genuinely better for everyone if there is a way of avoiding that. Capability procedures in particular can be very difficult for everyone, especially if the employee’s lack of capability is not any fault of their own.

Other options are unavailable

Something bigger businesses can usually look at doing if relationships break down in a team is redeployment. If one or both of the parties involved in a dispute of some kind are still perfectly capable, and there would be no performance or conduct reason to dismiss, moving one of them to a different team, different department or different office can solve the problem without dismissal being needed.
In a small business this is not usually an available option, so relationship breakdown of some kind is frequently unresolvable in any other way other than dismissal.

Cutting to the chase

Where the business owner is dealing with a particularly difficult or disruptive member of staff, and the impact of keeping them any longer would be significant, perhaps risking losing key team members as a result, then bypassing a process is sometimes sensible.

Where there is a bit of a mess…

Sometimes it’s not a case of proactively avoiding a formal process, but to “tidy’ up where things have gone a bit wrong, and a lawful process hasn’t been followed, or something has happened which has exposed the employer to legal vulnerability.
Perhaps a proper grievance process wasn’t followed, a decision might have been made that was discriminatory or unlawful in some way, or actions by staff have caused the business to be looking at liability for a legal claim.
Sometimes dismissal proceedings have been commenced but the fair and proper procedure not followed, meaning that to continue with the dismissal would make it “unfair’ lawfully, even if the decision was a reasonable one.
Obviously avoiding having to “tidy up’ a mess with a settlement agreement isn’t ideal, and it would be better to have followed the proper procedures in the first place, but in reality, especially where the business owner doesn’t have access to professional HR advice, these things happen, often without any malicious intent at all.


If you find yourself in one of the above situations and want to consider a settlement as a possible way out, do get in touch for some advice.